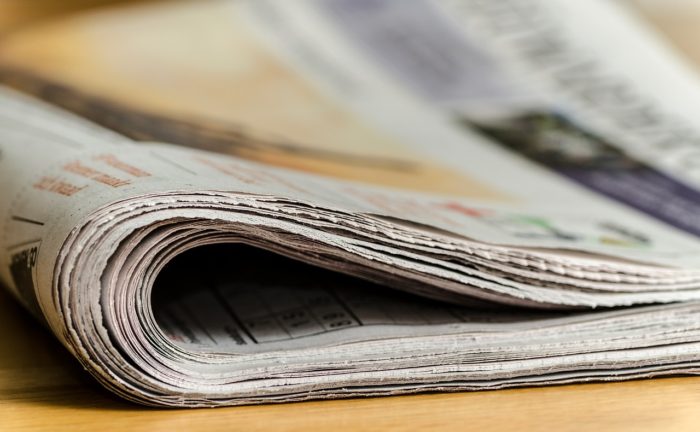 A GateHouse, Gannett Merger: What Would It Mean For Ohio And Delaware County?

According to many reports over the last few weeks, two of the country’s powerhouse media companies — GateHouse and Gannett —  are in deep conversation with a likely merger on their minds.

Actually, the former of those two would be doing the gobbling up, not the latter. A good analysis of the discussion can be found here.

What, one might ask, could such a merger mean for Delaware County? It’s a question well worth asking.

The proposed deal is a byproduct of the intensely unpredictable world of early 21st century media, as so-called “legacy” journalism operations face harsh realities in dealing with dwindling advertising income. What it might evidence, more than any other aspect of that uncertainty, is the continuing belief of large media operations that the answer to this current challenge is to scale ever larger, eliminating overhead (read: cutting staffs, offices, printing facilities), and then squeezing very hard.

Jay Allred, President of Mansfield’s Richland Source, an independent local online-only media company, describes the situation this way. “Newspapers are thinner because there’s less news in them. That makes them less valuable to readers, which in turn makes them less popular and shrinks readership, which then cascades into an erosion of influence. The cycle plays itself out when a trusted local news provider recedes into the background of public life and leaves a great void of information, accountability, and community.”

Some large urban areas across the country might well see change (see, for example, this story from an independent news site in Milwaukee about the possible impact on that city’s Journal-Sentinel).

There will be few places that this merger would impact more than Ohio, however, where the state of the media industry is in serious flux. According to a recent article in Policy Matters Ohio, “Since 2014, 30% of Ohio’s papers have changed ownership. In 2018, five of the nation’s largest newspaper chains – GateHouse, Gannett, Adams, AIM, and Ogden – owned nearly 120 papers in Ohio…If the merger goes through, GateHouse will have papers in more than one-quarter of Ohio counties.”

This actually underestimates the impact, as the coverage areas of those publications would blanket the state with few exceptions, such as the Cleveland and Toledo metro areas. Ohio is home to two of GateHouse Media’s current plums – the venerable Columbus Dispatch and its satellite publications (including their several ThisWeek Community News editions, which cover portions of Delaware County), as well as the Akron Beacon Journal. Second, GateHouse also has a number of other Ohio news operations in smaller communities. Lastly, there is Gannett’s Newspaper Network of Central Ohio, that collection of Columbus exurban traditional operations in Lancaster, Newark, Mansfield, Marion and other cities. GateHouse also publishes the Cincinnati Enquirer.

Consider this partial list of Ohio communities where that city’s traditional news outlet would be owned/controlled by the newly merged company:

What would a merger mean for Delaware County? There are no certainties, but some changes to the GateHouse conglomerate in Franklin and Delaware Counties might be possible; the possible long-term elimination of print editions; the possibility that the combined company would have influence statewide which could manifest itself in various ways, and others.

In some ways, however, Delaware County might be impacted less than other areas of Ohio. The heart of central Ohio does not have a dominant Gannett publication, for instance, with the Delaware Gazette owned by AIM Media. The merger might well spur the creation of independent, online-only media companies in new locations as GateHouse/Gannett budgets and operations decrease. This, however, is exactly what 1808Delaware is designed to provide.

One thing is certain – the future of media in Ohio, and in Delaware County, is anything but certain.

What is clear is that there are positive signs in the midst of this confusion. Richland Source’s Allred shares, “There are real signs of hope. People trust local news organizations much more than national ones. Trust is not the issue, it’s funding and sustainable business models. And on that side, there’s a tremendous amount of startup energy in Ohio. Whether it’s here in Mansfield at places like 1812Blockhouse and Richland Source, or the Compass Experiment in Youngstown… the energy and innovation is at small, reader-focused organizations.”

Note – 1812Blockhouse is 1808Delaware’s sister site in Richland County; both publications are owned by Total|Local Media.