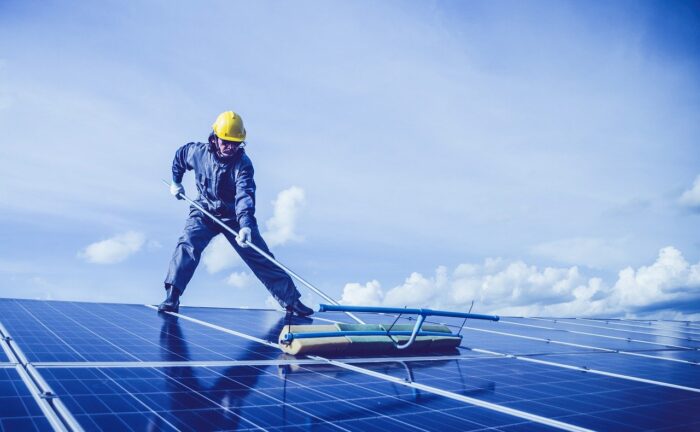 It has been reported to be the second-largest solar installation in the world, and it sits on the southern edge of Delaware County.

Consistent with its commitment to building a sustainable future, Chase Bank is now replicating that array in its branches and facilities across the country. The goal is providing close to 30% of each location’s power.

As shared by the company, the focus is on source renewable energy for its power needs. “The Firm is undertaking a range of actions to bring more renewable energy onto the grid, such as installing on-site solar systems at its retail branches and commercial offices. This includes a 2.8 MW rooftop system at the Polaris campus in Ohio, which is one of the world’s largest commercial installations of bifacial solar modules.”

JPMorgan Chase has offices and operations in more than 60 countries across over 5,500 properties, covering approximately 75 million square feet – about 27 times the square footage of the office space at the Empire State Building.

The MCoy Center at Polaris is adding solar panels to the roofs of carports. All in all, some 32,000 panels are being installed, providing up to 80% of the operation center’s power. The facility is home to 10,000 employees.

Image by Maddy Bris from Pixabay