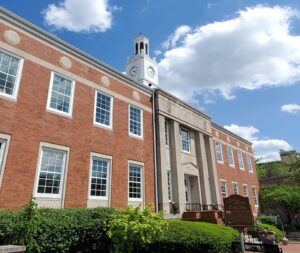 A new member of Delaware City Council took his seat for his first meeting with that body on Monday night.

Stephen Tackett was selected by fellow Council members on July 8 to serve as its First Ward representative, replacing the retired Chris Jones.

City Council had undertaken a process which involved a series of interviews for six candidates. He was chosen in the second round of voting.

We are pleased to welcome Stephen Tackett to City Council tonight. The new 1st Ward rep was sworn in by City Attorney Natalia Harris, with Mayor Riggle, Manager Homan and others looking on. pic.twitter.com/713J5iIwbJ 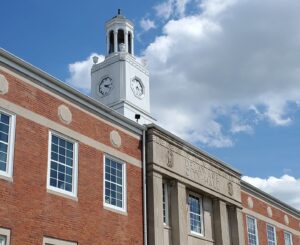 The deadline to apply is 5 PM, June 30, 2021. Candidates with complete applications will be invited to a public meeting for interviews with City Council on July 8 and (if necessary) July 15, at City Hall.

Candidates must be at least 18 years old and live in the City’s 1st Ward. The appointed candidate can seek election to the seat in November 2021 and, if successful, would serve the remainder of the
term expiring November 2023. END_OF_DOCUMENT_TOKEN_TO_BE_REPLACED

It’s Not To Early To Think About The Fourth Of July! 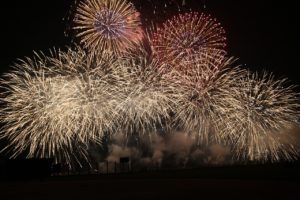 The City of Delaware’s annual Independence Day fireworks display will return July 4, after it was among the many community casualties canceled last year because of the COVID-19 pandemic.

Also returning to their usual July 4 slots is the afternoon parade and the outdoor evening concert. Delaware Mayor Carolyn Kay Riggle hailed the return of the Independence Day events. “It’s time to bring the community together in celebration,” Riggle said. “And I can’t think of a better time to do it than on the Fourth of July.”

Fireworks, sponsored by the City of Delaware, will launch from the traditional location at the City’s Cherry Street property, with viewing along Henry Street, Sandusky Street and the Ohio Wesleyan University athletic practice fields. END_OF_DOCUMENT_TOKEN_TO_BE_REPLACED

Yellow Popping Up All Over Delaware 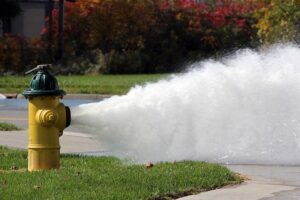 The City of Delaware has an extensive water system for collection and distribution.

Much of that system is geared toward providing water for residences and businesses. To make this happen, the system uses some 190 miles of water lines!

The water plant treats and distributes an average of 3.65 million gallons each day sourced from the Olentangy River to more than 12,000 customers.

Another important use of City water is, of course, for fighting fires. To accomplish this, there are more than 1,900 fire hydrants located along the streets of Delaware. END_OF_DOCUMENT_TOKEN_TO_BE_REPLACED 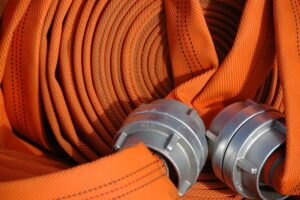 The City of Delaware Fire Department has earned Accredited Agency status from the Commission on Fire Accreditation International (CFAI) for meeting criteria established through the CFAI’s voluntary self-assessment and accreditation program.

Delaware is one of only 289 departments worldwide to be accredited, and one of only 10 in Ohio. The accreditation was awarded May 18 and will remain valid for five years.

“One of my goals since I arrived here was to pursue accreditation,” Delaware Fire Chief John Donahue said. “This is a similar process used by hospitals, colleges and industry that validates the fire department programs and ensure that they are in alignment with the community and local government.” END_OF_DOCUMENT_TOKEN_TO_BE_REPLACED 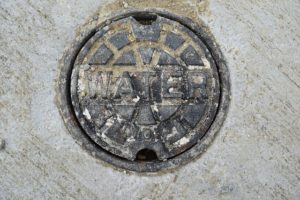 Special to 1808Delaware from the City of Delaware

The City of Delaware is undertaking a water main replacement project along Griswold Street, between Washington Street and Franklin Street.

Work by the Public Utilities Department will begin on May 17 and continue through June 4, weather permitting. The Washington St-Griswold St. intersection will close to traffic May 18 at approximately 8 am and reopen later that day.

The City is replacing the water main to improve water service and fire flow in the area. The project will include making new connections to the existing water mains on Washington St. and Franklin St. that will require closing water mains in the area. After the new water main has been installed and placed into service, restoration of the pavement and yard area will take place. END_OF_DOCUMENT_TOKEN_TO_BE_REPLACED 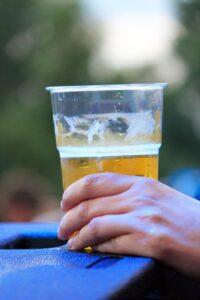 At its meeting this coming Monday evening, Delaware City Council will hear an update on the City’s Downtown Outdoor Refreshment Area (DORA) program.

That overview will include suggestions for changes for 2021.

Under consideration will be a proposal to expand the types of alcoholic beverages which can be consumed during a DORA event, as well as boundaries and hours changes. Based on experiences the City has had over three years of the project, the following is proposed: END_OF_DOCUMENT_TOKEN_TO_BE_REPLACED

Main Street Delaware Invites You To ‘Putter Around Town’ 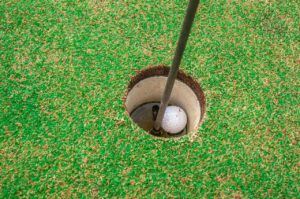 It’s the first Friday of the month in two days, and that brings a Main Street Delaware First Friday event to the streets of downtown Delaware.

This week, that means an opportunity to show off your miniature golf skills as you visit downtown businesses.

Obtain your scorecard and wristband at the new Delaware Welcome Center, 20 East William Street, and take it with you as you try the 18 holes. The best score will give you the opportunity to win a green “Main Street Masters” Championship Jacket. Earn the envy of your friends! END_OF_DOCUMENT_TOKEN_TO_BE_REPLACED

Delaware Residents: Here’s What You Need To Know About Garage Sales 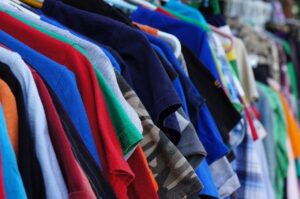 By 1808Delaware; City of Delaware

It’s that time of year when lawns, driveways, and yes, garages, are covered with items for sale to passers-by.

In almost all communities, garage sales are governed by local ordinances that establish guidelines for holding these events. The City of Delaware has several regulations on its books about which residents should be aware as they consider holding such a sale.

Main Street Delaware, the City of Delaware, and Delaware County have joined to create a Strategic Action Plan for downtown Delaware.

The finished product will serve as a guide for the downtown area for the coming years. It is also an opportunity to bring together downtown stakeholders (property owners, business owners, professionals, residents), boosters, and city residents to create that vision.

The first step is actually yours! END_OF_DOCUMENT_TOKEN_TO_BE_REPLACED 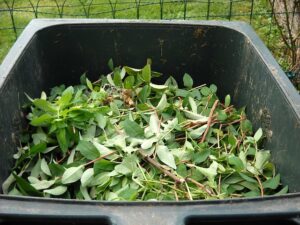 The City of Delaware has announced that yard waste collection will resume in the city effective April 12.

If you place leaves in yard waste bags or in receptacles and set at curbside on your regular trash collection day, the City will pick them up.

Over 100 years later, the city and the college are both benefiting from the erection of a classically-designed building that has stood the test of time. END_OF_DOCUMENT_TOKEN_TO_BE_REPLACED