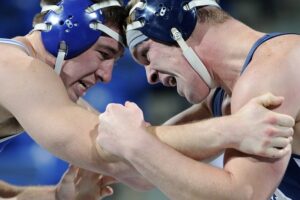 It was with obvious pride that the Delaware Hayes Wrestling Program has shared news of an honor afforded Coaches Kevin Rieman and Josh Lamb.

The two have been named as 2021 Division 1 Co-Coaches of the Year by the Ohio High School Wrestling Coaches Association.

As shared in the award press release, Reiman and Lamb were assistant coaches at Hayes before becoming co-coaches two years ago. During the 2019-2020 season, they led Hayes Wrestling to a dual meet record of 12 wins and 3 losses, and Hayes finished as runner-up in District competition and had 6 state qualifiers. END_OF_DOCUMENT_TOKEN_TO_BE_REPLACED

A New Way To Rickey 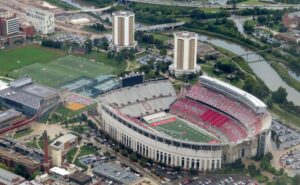 It’s a subject of great interest to many Richland Countians.

The Ohio State Buckeyes will now kick off their eight-game regular season on Oct. 24 with a home game at Ohio Stadium against the Nebraska Cornhuskers. The Big Ten Conference released its new 2020 fall football schedule on Saturday, Sept. 19.

The Big Ten’s 2020 football campaign of games had previously been modified to reflect conference-only games on Aug. 5, and then was postponed entirely by the league on Aug. 11 because of uncertainties surrounding the COVID-19 pandemic.

A return to competition was announced by the Big Ten on Sept. 16. END_OF_DOCUMENT_TOKEN_TO_BE_REPLACED 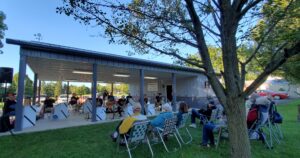 The 75th running of the Jug, as well as the rest of the Delaware Grand Circuit harness racing meet, will be conducted without spectators. It will be available to watch online, however, through the Little Brown Jug’s simulcast network.

As locals know well, Thursday’s Little Brown Jug is the third and final leg of the Triple Crown of Harness Racing for Pacers.

The Ohio Harness Horseman’s Association will broadcast the action on their Facebook page. Please visit OHHA.com for additional information. END_OF_DOCUMENT_TOKEN_TO_BE_REPLACED 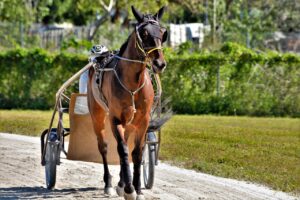 A full slate of programming is scheduled for the week, including coverage of all five days of racing, which can be found on at Harnessracingohio.com, OHHA.com/livestream, the OHHA Facebook page, and OHHA YouTube Channel.

The OHHA will begin each day with Trackside Live, presented by Hagemeyer Farms.  Trackside Live is a half-hour interview show hosted by OHHA Outreach and Public Relations Coordinator Frank Fraas.  Two shows will air each day prior to post time. END_OF_DOCUMENT_TOKEN_TO_BE_REPLACED 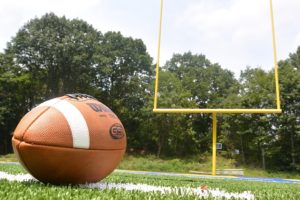 Ohio Governor Mike DeWine announced on Saturday that the Cleveland Browns and the Cincinnati Bengals have been granted a variance to the state sports order that will allow a total of up to 6000 spectators at two home games.

The variances allow no more than 1500 spectators in each side of the stadium. Fans must use the designated entrance for their ticket. In addition, all fans must wear a mask in accordance with state regulations. Games included in the variance include: END_OF_DOCUMENT_TOKEN_TO_BE_REPLACED

A Research Splash: OWU Study Designed to Keep Athletes in the Swim of Things 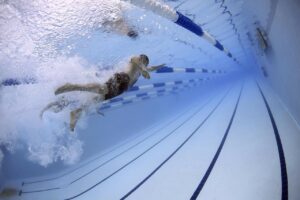 One of the latest research articles published by the peer-reviewed Sport Journal is authored by four Ohio Wesleyan University alumni – three members of the Class of 2020 and their professor, 2007 OWU graduate Andrew Busch.

Their co-written journal article is an exploration of how the Ohio Wesleyan swim team’s 2018-2019 season affected the shoulder strength of both its male and female members. The article, “Gender Differences in Shoulder Strength, Range of Motion, and Functional Movement across a Division III Collegiate Swim Season,” appears in the journal’s July 17 edition. The Sport Journal, founded in 1998, is published by the U.S. Sports Academy in Alabama. END_OF_DOCUMENT_TOKEN_TO_BE_REPLACED 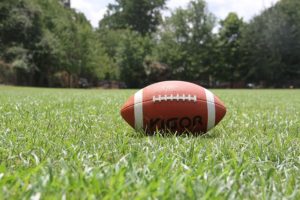 Updated at 6:30 PM on Monday: Cleveland.com is reporting this evening that OSU President Kristina Johnson will not vote to cancel the season, contradicting information included in the report referenced below. To highlight the confusion, the report also has different information about when a vote is scheduled to take place.

What is clear is that nothing is clear. 1812Blockhouse will carry any definitive statement from the Big Ten Conference once it is released.

The Detroit Free Press, commonly known as the “Freep,” shared on Monday that the Big Ten Conference is expected to cancel the 2020 football season in its entirety.

The announcement is expected on Tuesday.

The story shares that the vote of Big Ten Presidents was 12-2, with Iowa and Nebraska voting to continue the season. It also stated that a final vote would be taken on Monday evening.

The Freep story can be accessed here. 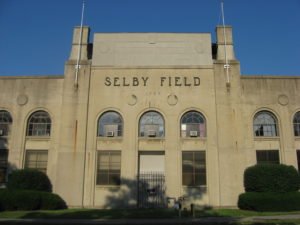 “With the coronavirus continuing to spread, it was becoming more and more difficult to ensure that Ohio Wesleyan and NCAA intercollegiate athletics could take place in an environment safe for all involved,” said Ohio Wesleyan President Rock Jones, Ph.D. “We are heartbroken, but the safety and well-being of our student-athletes, the Ohio Wesleyan campus, and the Delaware community are our highest priority.” END_OF_DOCUMENT_TOKEN_TO_BE_REPLACED 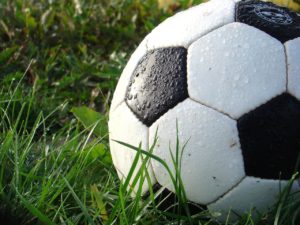 It’s going to look and feel a bit different for college sports this fall for Ohio Wesleyan University athletic teams, and likely different between OWU and other North Coast Athletic Conference schools.

Facing the challenges of a pandemic that continues to impact almost all areas of collegiate life, a NCAC steering committee created, and NCAC President’s Council adopted, a set of principles to guide all fall intercollegiate competition. Those include: END_OF_DOCUMENT_TOKEN_TO_BE_REPLACED 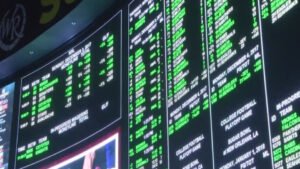 The Ohio House of Representatives passed a bill Thursday that would allow Ohioans to place bets on sports.

The bill passed 83-10. It now heads to the Ohio Senate, which has been working on a similar proposal with a different regulatory body and lower tax rate.

The House bill would give oversight responsibilities to the state Lottery, while the Senate bill gives oversight to the Ohio Casino Control Commission. END_OF_DOCUMENT_TOKEN_TO_BE_REPLACED 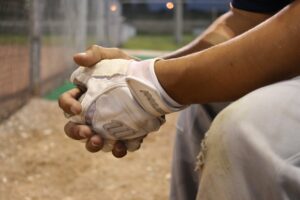 This will be effective on May 26.