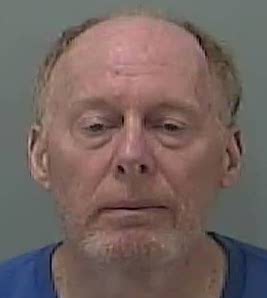 Patrick McDermott has been sentenced to 25 years to life for the rape of a child under the age of 13.

“This is another tragic case for a young victim who will have to deal with the aftermath of abuse for the rest of their life,” said Delaware County Prosecutor Melissa Schiffel. “We are humbled daily to witness the strength of sexual assault survivors. With them, we are able to fight for justice and put people like McDermott right where they belong—prison. A special thanks to the Westerville City Police Department for their thorough investigation to ensure this man will never harm another child again.”

McDermott, 72, remained in custody since his May 2019 indictment. He ultimately pleaded guilty and was immediately sentenced to 25 years to life in prison. In addition to time behind bars, if he is ever released from prison, McDermott is subject to five years post release control and is classified as a Tier III sex offender. As such, he is required to register with the sheriff in his county of residence every 90 days for the duration of his life.

“Parents and trusted adults, please listen to children. It is because of a caring adult in this case who listened to a child that we were able to stop this man and save a victim from continued sexual abuse,” Schiffel said. “Sexual predators are often individuals who are trusted by parents and children alike. They exploit that trust to prey upon the most vulnerable members of our society. Information, education, and open discussions with our children are the best defenses to child sexual abuse. To report a crime or a suspicion of sexual abuse, call 911 immediately.”

Some helpful resources include: