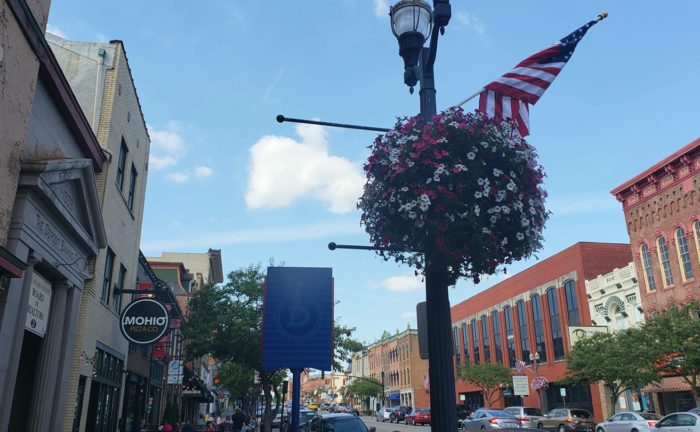 After a moderate amount of discussion, a staff presentation, and a question and answer session with the applicant, the City of Delaware Historic Preservation Commission approved on Wednesday the proposal of Manos Properties LLC – Sandusky Street Lofts for exterior improvements to the building at 30 North Sandusky Street.

As shared by staff, the building dates from 1869 and was built by Reynolds & Frank. In 1870, the third floor became the Masonic Lodge and was used as such for the next 65 years. In 1930, the storefronts housed a hardward store and billiards parlor.

Many Delawareans know its long-time tenant, Pilsners 5 and 10. 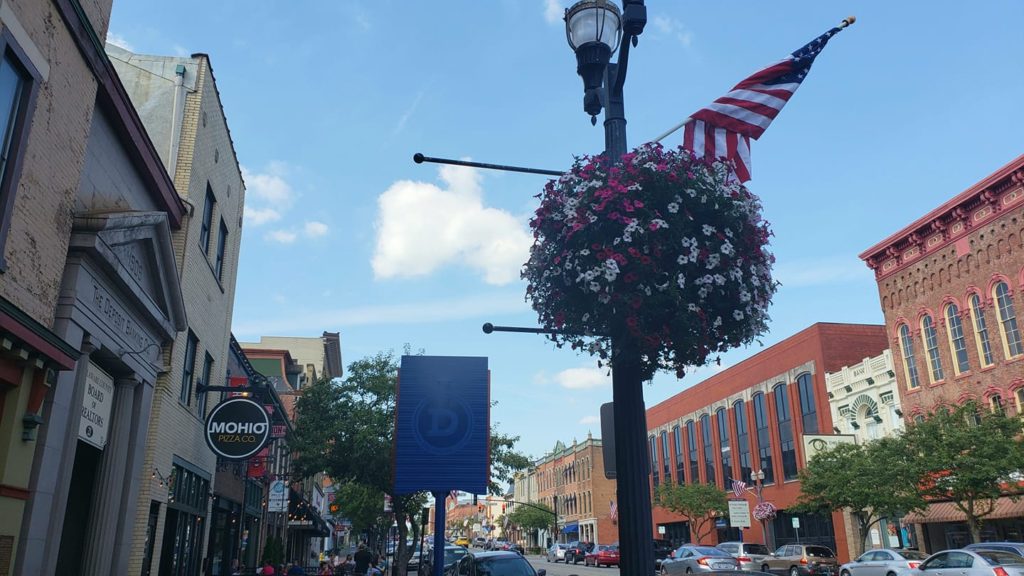 The building was purchased by the current owner in late 2018. The desire is transform the upper two floors into eight luxury loft units, four on each floor. The layout of these proposed units generated the request to make a handful of changes centering primarily on window replacement and, in some instances, putting windows back where ones existed previously. The fire escape would be removed, and a patio would be added to the roof of the rear one store extension.

Code requirements also generated the need for adjustments to be made.

After discussion, the project was approved with a minor window adjustment and a requirement that the owner submit more detailed patio plans. Those, however, can receive administrative approval if they are consistent with the sketch presented and do not need additional Commission action.

30 North Sandusky Street can be seen on the right of the above photo and at this Google Maps link.