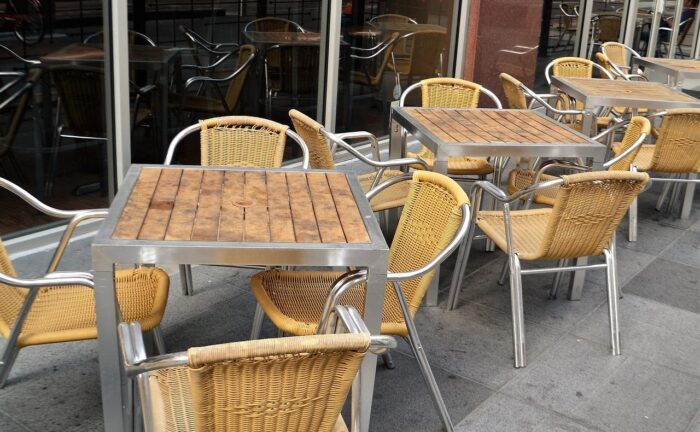 When the City of Delaware Historic Preservation Commission holds its regular monthly meeting at 6:30 PM on Wednesday, business will include a holdover matter tabled from its February meeting and two new applications for patios.

New submissions are asking for Certificates of Appropriateness for a permanent rear patio at 31 West Winter Street from Staas Brewing Company, as well as an application from Olivina Taproom for a side permanent patio at their location, 44 South Sandusky Street.

The West Winter property is a three unit commercial building that has been considered a “non-contributing structure” within the National Register Northwest Historic District. The operation has had a front patio for some time, with COVID creating a need for more outside seating – with a temporary rear patio approved. The present action would make that temporary unit a permanent one.

Staff has recommended approval with a need to follow all relevant statutes and codes.

44 South Sandusky Street is a contributing structure in the District. Built in 1910, seating has been featured on the front of the restaurant since 2017. The building in question is that to which a billboard is affixed, visible going northbound on South Sandusky.

Similar to the other property, a temporary patio was approved during COVID, and this would make that arrangement an ongoing one.

The tabled measure asks for a COA for renovation work at 154 East Winter Street. Certain work was completed in 2021 without such a request, resulting in a Code Violation Notice according to City paperwork.

The property is a two story Italianate commercial building built about 1890. In February, three of four previously completed work items were approved by the HPC; only work on the roof was not considered at that time, allowing the owner to return this week with identified options on roof materials.

The full Agenda Packet can be accessed here. The meeting will take place in the Council Chambers at Delaware City Hall, 1 South Sandusky Street..