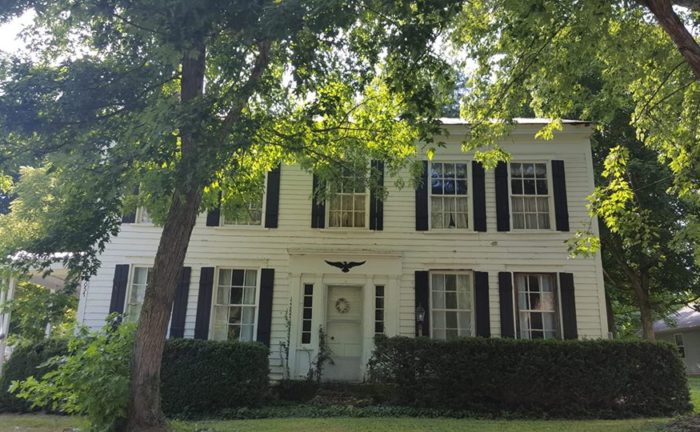 It might not be the most traveled corner of Delaware County, but those “in the know” know right where to find Kilbourne.

And that’s been the case for the last 200 years.

After all Kilbourne, a hamlet with a population of 139 according to the 2010 census, sits squarely on the “Old State Road,” Ohio’s first federally funded highway. Constructed about 1820, it was envisioned as a route from Worthington to New Haven in Huron County. The project surveyor was the charismatic Col. James Kilbourn, for whom the town was named.

According to a 1968 Columbus Dispatch article, “The Worthington-New Haven Road reached its peak of importance as a shun pike for the Columbus-Sandusky toll road and later as a “road to market” when wheat was the one cash crop of farms lying along its course…The lake ports and the Erie Canal furnished routes to the Eastern seaboard.”

The Old State Route is now a bucolic Sunday afternoon drive, and in Kilbourne the road is lined with houses dating from the first half of the 19th century (see photo above).

Recently, Columbus Underground profiled a “revolution” taking place in the community. In a piece entitled, “The Kilbourne Project: The Four Families that are Revitalizing an Entire Town,” the site looks at what has happened as these families have purchased multiple buildings – currently 11 of them, the article states.

“They have planned mixed use buildings and have some businesses in mind to occupy some of the buildings. They are also working with planners and landscapers to create multi-use outdoor spaces for community events and gatherings. The end goal is to create a “micro-destination” for outdoor enthusiasts as well as a “vibrant, walkable, rural commercial district.””

The Columbus Underground article can be read here.

In a follow up article, we will profile the Old State Road and its outstanding collection of historic resources through Delaware, Morrow, Crawford, and Huron Counties.