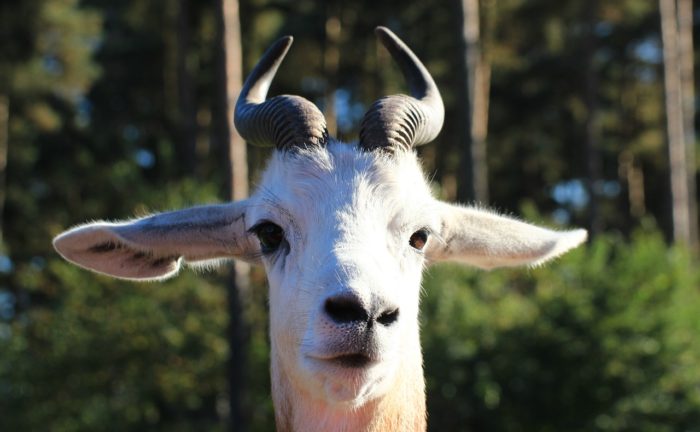 The Columbus Zoo and Aquarium is proud to announce the first two births of the 2019 calendar year— a dama gazelle and a silvered leaf langur. Both are considered at-risk species in their native ranges, and these births are important to helping to sustain their populations.

The female dama gazelle calf was born on January 7 to mom, Layla, and dad, Zultan, making the calf the first birth of the new year at the Columbus Zoo. The calf has not yet been named and continues to bond with her mother and her one-year-old sister, Raisin, in a behind-the-scenes area of the Heart of Africa region at the Zoo. This region is currently closed for the winter months, but is scheduled to reopen in late April or early May, weather permitting.

The breeding recommendation of the dama gazelles is part of the Association of Zoos and Aquariums’ (AZA) Species Survival Plan® (SSP), a highly-managed program designed to ensure that populations of threatened and endangered species in human care are sustainable and genetically healthy to help protect these species’ future. Dama gazelles are critically endangered (which means they face a very high risk of extinction in their native ranges) and are considered the rarest of all gazelles, so every birth is special and important to the survival of the species.

Currently, there are fewer than 300 dama gazelles left in their native range. This species’ population has been declining rapidly as their habitats in areas, including Chad, Mali and Niger, are devastated by livestock overgrazing, land development and uncontrolled hunting. The Columbus Zoo assists in efforts to save this species by providing support to the Sahara Conservation Fund (SCF), which monitors the dama gazelle population and their distribution in their native range.

The dama is the largest of all gazelles, with adults weighing up to 165 pounds. Dama gazelles typically give birth to only one calf at a time, after a gestation of five and half to six months. In as little as a week after birth, calves can run as fast as the adults in the herd.

Just a few weeks after the birth of the dama gazelle calf, on January 23, the Zoo celebrated the birth of another threatened species— a silvered leaf langur. The currently unnamed baby was born to mother, Daria, and father, Thai. The sex of the baby is currently unknown but will be determined in the coming weeks.

The pairing of Daria and Thai was also based on a SSP recommendation, and the birth of the baby langur will play an important role in helping manage this at-risk species. According to the International Union for Conservation of Nature (IUCN) Red List of Threatened Species™, silvered leaf langurs are listed as “near threatened” due to population declines caused by habitat loss. The arrival of this langur baby at the Columbus Zoo is an important part of sustaining the langur population among AZA-accredited zoos, certified related facilities and conservation partners.

In their native ranges, silvered leaf langurs (Trachypithecus cristatus) can be found in areas, including Brunei, Indonesia and Malaysia. The species’ populations in these countries are decreasing due to habitat loss, hunting and the pet trade.

Daria, Thai and the newest langur arrival are currently able to be viewed in the Columbus Zoo’s Asia Quest region. The baby is very active and easy to spot, as langurs are born bright orange, unlike their black and silver adult counterparts. This difference in coat color is believed to encourage other female langurs to assist in raising the young, a practice called allomothering.

“We are pleased to welcome these new babies at the Columbus Zoo as both of these births are tremendously important to the future of these at-risk species,” said Columbus Zoo president and CEO, Tom Stalf. “It’s important that we continue the conversation about conservation and sustainability, and we are proud of the multiple ways we are working to make a positive impact for wildlife and wild places.”