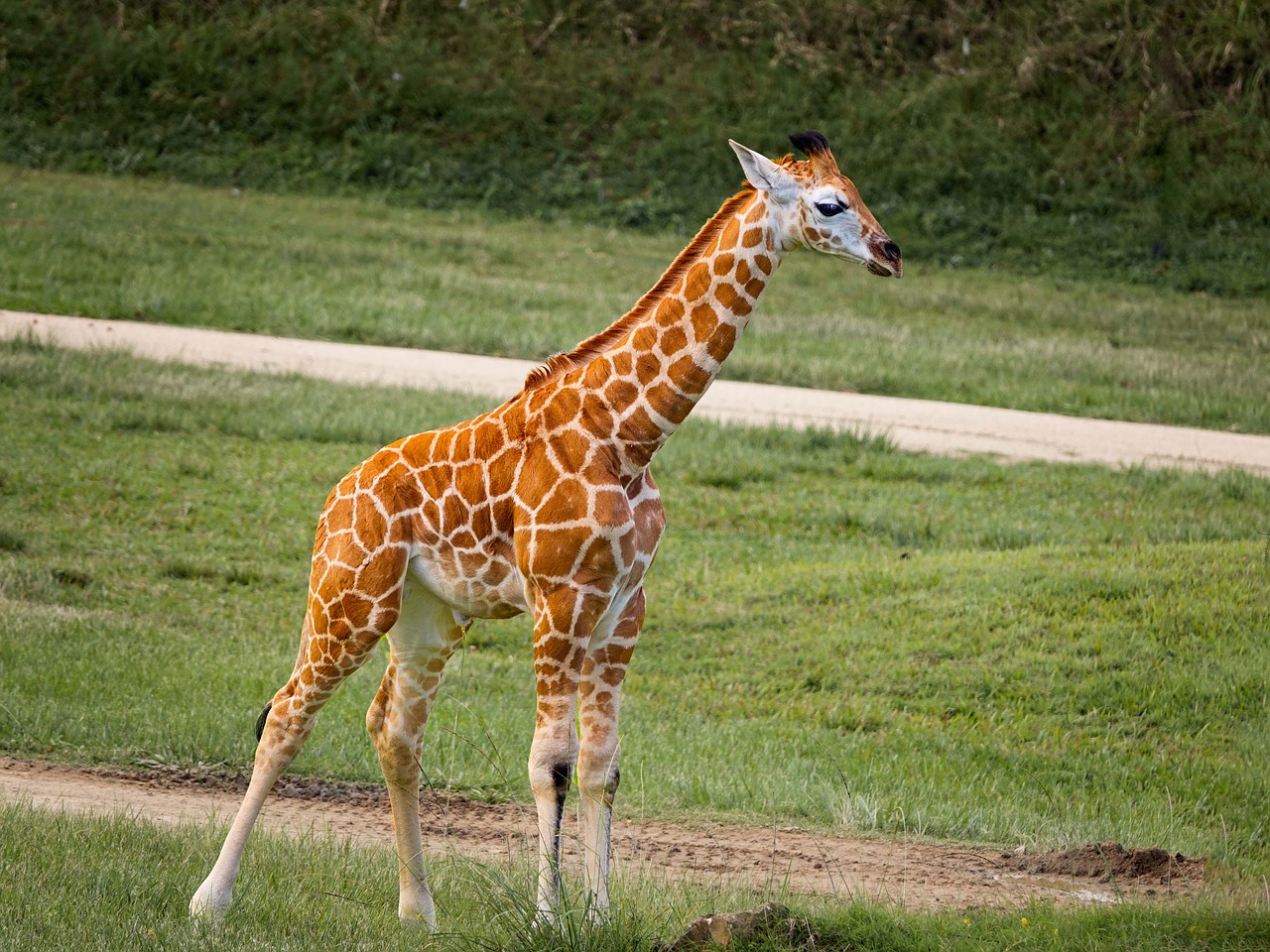 The Columbus Zoo and Aquarium is celebrating the arrival of an adorable—and very important—new face in the Heart of Africa region. With a fuzzy mane, unique spot pattern, enviable eyelashes, and long wobbly legs that have already supported excited “zoomies,” a male Masai giraffe calf was born on Wednesday, August 31 at 2:45 p.m. to mom, Zuri. Not only is the calf fiercely cute, but his birth is especially significant as it marks an important achievement for the future of this endangered species. At this time, the little guy doesn’t have a name, but we hope it will be forthcoming!

The Columbus Zoo’s Animal Care team is providing time for Zuri to bond with her calf in the Giraffe Barn and a behind-the-scenes yard as the calf slowly begins to be introduced to other herd members. The care team continues to observe Zuri and her newborn very closely via camera monitors and reports that Zuri is being a great mother. After many good attempts, the calf stood, took a few steps, and was nursing shortly after birth. The next day, the Animal Health and Animal Care teams completed a wellness exam on the calf and confirmed that the calf seems to be healthy and well fed.

Zuri, who is 12 years old, came to the Columbus Zoo in 2013 after living at The Wilds in Cumberland, Ohio, and the Ellen Trout Zoo in Lufkin, Texas, where she was born. In 2020, she gave birth to calf, Ralph, who still resides at the Columbus Zoo in the savanna with the rest of the giraffe herd, including calves, Sammie and Schaefer, who were also born that year.

The father of all four calves, Enzi, was humanely euthanized on September 23, 2021 due to chronic and deteriorating health issues that were not responding to treatment.

The pairing of Zuri and Enzi was recommended by the Species Survival Plan® (SSP), a program coordinated by the Association of Zoos and Aquariums (AZA) to maintain genetic diversity of threatened and endangered species in human care. Calves are born after a gestation period of approximately 15 months.

“We are always thrilled to welcome the birth of a giraffe. Twenty-two giraffes have been born at the Columbus Zoo over the course of our history, but this latest birth—our 23rd—is particularly special. We were heartbroken to lose Enzi, and this calf is such an amazing gift to us and to the future of all Masai giraffes. This little one is truly our miracle baby, and it warms our hearts that Enzi’s legacy continues to live on to have such a positive impact,” said Shannon Borders, Curator of the Zoo’s Heart of Africa region.

In 2019, the International Union for Conservation of Nature (IUCN) listed the Masai giraffe subspecies as Endangered as the population has fallen by nearly 50 percent over the last three decades. There are estimated to be only 35,000 Masai giraffe remaining due to various factors, including habitat loss, civil unrest/military operations, poaching and ecological changes.

The Columbus Zoo is a supporter of several direct giraffe conservation initiatives and has raised more than $279,000 for giraffe projects since 2009. The Zoo also previously provided a one-time $56,679 grant to the Giraffe Conservation Foundation through the Zoo’s Wine for Wildlife Fund-A-Need.

Additionally, the Columbus Zoo and Aquarium and the Cheyenne Mountain Zoo in Colorado are the co-founders of the giraffe plasma bank and, along with several other collaborating zoos, work to consistently collect large volumes of plasma from giraffe to send to animals in need of a transfusion. These plasma transfusions have been responsible for assisting in saving the lives of several young giraffe across the country as the vital antibodies and critical proteins in the plasma help provide a life-saving boost to calves’ immune systems. Collection of the plasma is the result of the hard work and dedication of the Animal Care and Animal Health teams who have trained members of the giraffe herd to participate in these large volume blood collections completely awake and voluntarily.

“From our successful giraffe breeding program, contributions to field conservation projects, and leadership in Animal Health initiatives benefiting giraffes, we are fully committed to making a difference for Masai giraffes and other species that rely on their place in nature. None of this would be possible without the support of our community, and we are grateful and proud to be able to help provide our community with a connection to nature so that together we can make a global impact,” said Columbus Zoo President/CEO Tom Schmid.

While guests are not able to view Zuri and her newborn, guests can still see other members of the herd—including Ralph, Sammie, and Schaefer—as well as participate in $5 giraffe feedings daily to receive an up close, memorable experience.