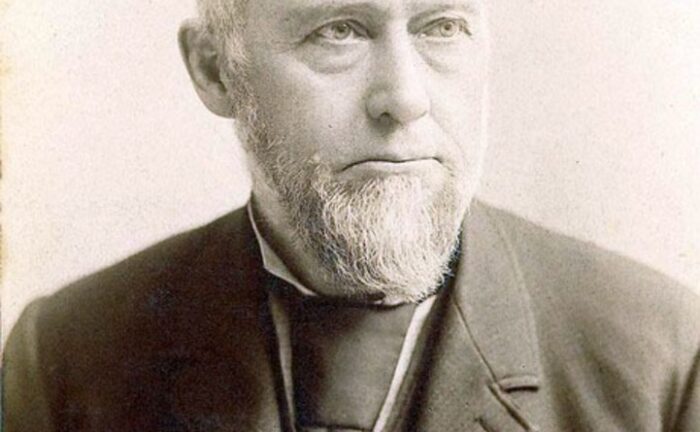 Over the last two centuries, Delaware County has produced a remarkable set of individuals who have led lives of discovery. This series will reveal short insights into the lives of the well-known and less commonly known people born here, or who lived here, and then went on to make significant contributions to state, regional, or national history.

The second Governor of the State of Kansas was a native Delaware Countian.

He was also someone so respected by his constituents that he earned the nickname, “The War Governor.”

His name was Thomas Carney, and he was born in 1824 near Berkshire. The son of James and Jane Ostrander Carney, his father died young leaving his mother to work the farm with her children. As a result, young Thomas remained in Delaware County until the age of 19.

It is said that during this time, Thomas would haul farm products via an oxen team the 36 miles to Newark.

Soon he would move to Columbus, then Cincinnati, each time becoming more successful in exchanging commodities. When he was advised to move west for health reasons, he decided to take his business with him.

After opearing a successful wholesale concern in Leavenworth, Kansas, he served for a short time as a member of the Kansas House of Representatives. This was followed in November, 1862 with his election as Governor of Kansas.

Carney was the first of six native Ohioans to serve in that role.

His one term as Governor came during the final years of the Civil War. During that conflict, he worked to improve the state’s credit, then sold state bonds successfully in New York City to raise funding for ammunition. When Kansas’ eastern border was threatened, he raised funds for its defense, adding $10,000 from his own wallet.

It is also said that during this time, Carney personally loaned the State of Kansas $25,000 to keep it afloat financially. His wartime correspondents included President Abraham Lincoln; here is an 1863 letter from Lincoln to Carney.

As Governor, he also worked to create and signed the bill to authorize both the University of Kansas and Kansas State University.

After he was unsuccessful in a reelection bid, the state legislature voted to send him to Washington D.C. as a United States Senator, but Carney declined. He returned to the business and civil world. In 1865, he became Mayor of Leavenworth, and served as a bank and railroad company executive.

His business interests had made him a wealthy man, but by the time of his death in 1888 he was near poverty. One account from 1877 says that Carney was “fleeced” at poker by a world champion billiards player.

Thomas Carney is buried in Leavenworth, Kansas. His parents are buried in the Blue Church Cemetery near Sunbury.