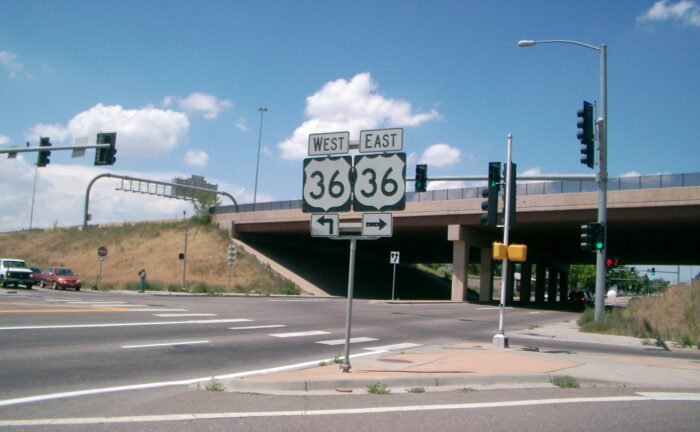 It’s another in our series of posts sharing details and little known information about things that Delaware Countians know and see every day.

Today, we look at US Highway 36, a 1,414 mile (that’s 2,276 kilometers) highway that stretches from Ohio to Colorado, and right through Delaware County.

During its route, both in Ohio and across the US, the highway includes two lane and expressway sections as it goes through Ohio, Indiana, Illinois, Missouri, Kansas, and Colorado. It intersects with interstate highways 16 times, some more than once, and actually joins those highways at various points.

Along its way, US36 bypasses many of the larger cities and metropolitan areas, and instead travels through many county seat towns.

Some of those towns are well-known. It runs near Marceline, Missouri, for instance, the childhood homie of Walt Disney; it crosses the Mississippi River at Hannibal, Missouri, the hometown of Samuel Clemens (“Mark Twain”); and it goes across the Missouri River at St. Joseph, the eastern terminus of the famous “Pony Express.”

Across Kansas, US 36 is known as “The Heartland Highway” and has its own website.

Actually, according to author Allan Ferguson, US 36 “represents the middle third of the old Pikes Peak Ocean-to-Ocean Highway, which was started by a bunch of boosters in Colorado, Kansas and Missouri. When the old Lincoln Highway and the old National Trails Road bypassed Colorado, people in Colorado were upset and decided to start their own highway to bring tourism to the Rocky Mountains.”

Delaware County History, Everything You Always Wanted To Know About, Featured, Transportation