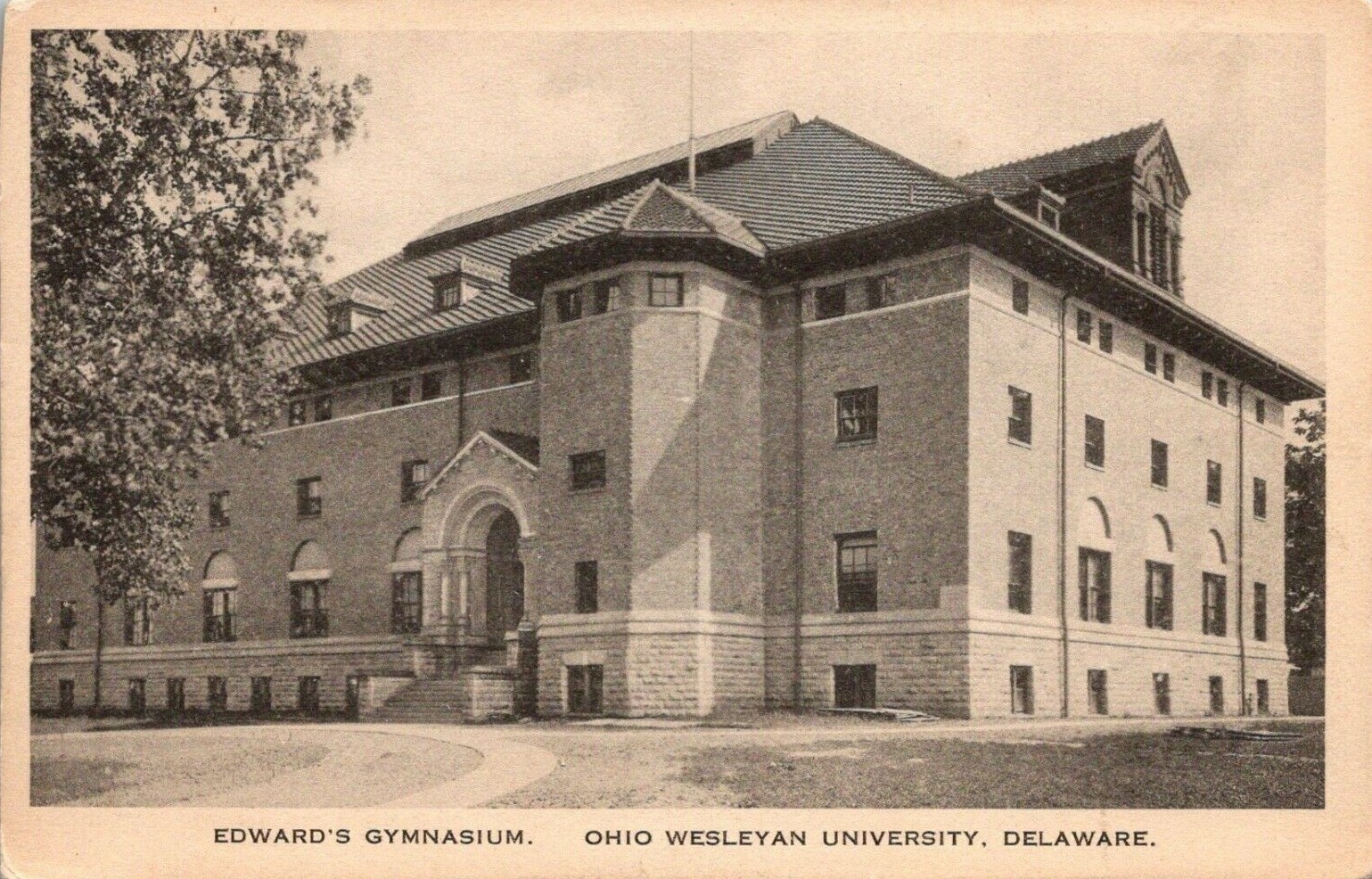 Ohio Wesleyan University is home to 11 buildings listed on the National Register of Historic Places, and a walk around its campus does evoke both a keen sense of the past and optimism for the future.

Perhaps this is most keenly felt in the interior of buildings like Edwards Gymnasium, long home to many OWU athletic offices and activities, and now transformed into a modern fitness and activities center.

Edwards began its life in 1906 as a 1,800 multi-purpose arena on the south end of campus. It came into existence thanks to the generosity of Trustee John Edwards of Leipsic, Ohio.

Edwards’ father had started the Buckeye Stave Company, which became one of the largest manufacturers in the Black Swamp area of Ohio. His 1894 house still stands in Leipsic; he died in 1901 and the gymnasium was named in his honor.

When built, the building was measured 150×83 feet, and had one projecting bay in front and two in rear for stairways. The first nine feet were stone, with the rest brick with stone trim. The basement housed a swimming pool, and there wsa capacity for 700 lockers

The architect of Edwards was the renowned J.W. Yost, who also designed University Hall/Gray Chapel. Yost, together with Columbus architect Frank Packard, is perhaps best known as the co-architect of Orton Hall at The Ohio State University. A list of Yost commissions can be found here.

Edwards’ builder was Feick & Sons. George Feick was a German-American builder who also constructed the library and chapel at Oberlin College as well as the Wyoming State Capitol in Cheyenne.

After serving OWU for over 100 years, Edwards received a new lease on life between 2012 and 2015 with a large-scale renovation project made possible by an $8 million gift of Bob Morrill ‘59 and his wife Barbra. The building was transformed internally and connected to the new Simpson Querrey Fitness Center through a large hallway.

Edwards Gymnasium was added to the National Register of Historic Places in 1985.