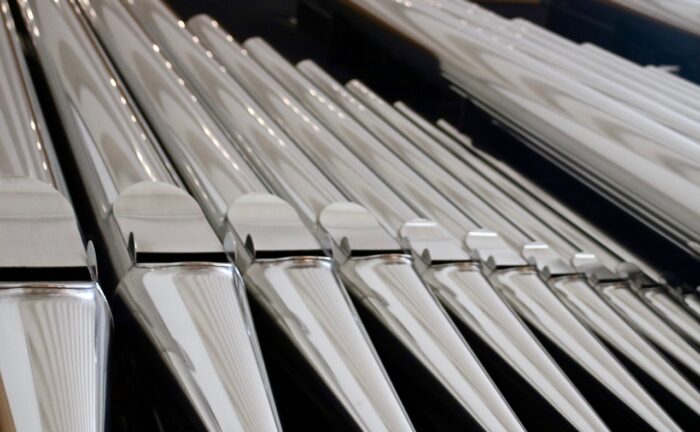 A Special Re-Posting For The Holidays

The instrument, built and installed in 1980 by the Klais organ company in Bonn, Germany, is a four manual, tracker action organ with 82 ranks, 55 stops, and 4,644 pipes. It is the largest of the 12 Klais organs in the United States; as it so happens, one of the others is also in Delaware at Asbury United Methodist Church.

The Klais company of organ builders was launched in 1882 by Johannes Klais, and is now in the hands of Johannes’ great grandson, Phillip. It builds church and concert organs in a workshop with 60 craftspeople.

An interesting video showing the Klais workshop in action can be viewed here. The OWU organ’s page on the company website can be seen here.

The current organ is the third in Gray Chapel. When University Hall was constructed in 1893, Gray Chapel housed a Roosevelt organ, and then a Kimball organ was installed in 1931.

The organ was restored and expanded in 2013 at a cost of over one-half million dollars.

For a treat, here’s video of the Rexford Keller/Klais organ playing a holiday tune.

Image by scholacantorum from Pixabay