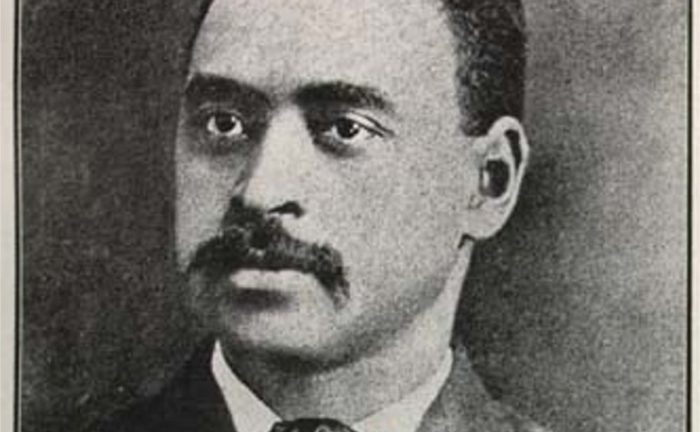 The Delaware County Historical Society is joining the City of Delaware in commemorating the life of a native son.

On October 9, the City will unveil two honorary street signs which will commemorate the life and work of Elmer Washington Bryant Curry (1871-1930), who was the first African American teacher in Delaware and founder of the Curry Institute.

Curry was born in Delaware and graduated from Delaware High School in 1889. He attended Michael College (a business school) and Ohio Wesleyan University. In 1889, Curry, with few resources, started his own racially integrated school for students of all ages. This school soon evolved into an industrial (career) school where students learned practical trade skills. The school’s first location was a kitchen shed in the rear of a house on David Street on the south side of the city and tuition was 25 cents a week. He expanded his school to the Templar Hall, at 17 North Sandusky Street, now the Kern Building, and later moved his school to Urbana in 1897, where the Curry Institute was open for 30 years.

An exhibit on Curry was featured in the Delaware County Historical Society’s Meeker Homestead Museum this spring. It was recently moved to the Second Ward Community Center, located at 50 Ross Street, on loan. Meeker Museum Curator, Benny Shoults stated, “It is fitting this exhibit, the honorary street signs, and the story they tell finds its way into the neighborhood where Elmer Curry was born and raised and was the area of the city where he started the Curry Institute. It’s only right that Curry takes his place in the heritage of this community and the history of Delaware, something that should have been done many years ago.”

The Delaware County Historical Society is a non-profit organization whose mission is to promote and sustain interest in the history of Delaware County, Ohio, through historic preservation and education.  It currently operates two museums, both open on Sunday afternoons, 2 – 5 pm: The Meeker Homestead Museum at 2690 Stratford Road, Delaware, and the Nash House Museum, at 157 E. William Street, Delaware.