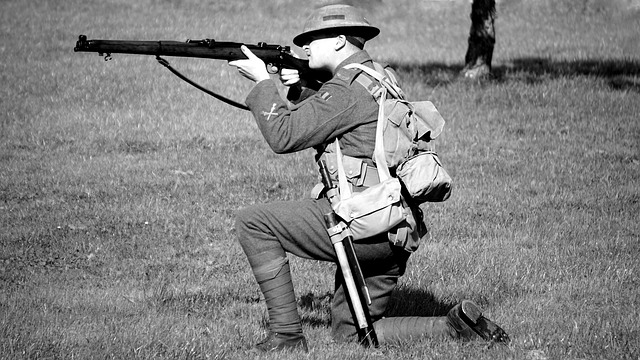 “Military Equipment Connections Between Wars,” is the topic for Big Walnut Area Historical Society’s December Program. Richard Doritty will present the evolution of the infantryman’s equipment from WWI to the present.

The program is available for free public viewing at this location online: https://www.youtube.com/watch?v=isJsUI_Q0cQ

Doritty was born in Erie, Pa in 1941, graduated from Erie Technical High School in 1959, entered the Air Force in 1960 where he served with the 60th Fighter Interceptor Squadron as an electrician until January 1964. He came to Columbus to work for Western Electric. He attended Ohio Technical Institute where he earned an Associate Degree in Electronic Technology. In 1967 Dick married Sharon and moved to Sunbury.

He has served time with the Sunbury Police Department and B.S.T. & G. Fire Department. He is active in Sparrow Masonic Lodge and American Legion Post #457. He supports and is actively involved with many activities for military veterans.

To show the evolution of the equipment, Doritty will have an exhibit of uniforms, eating equipment, personal equipment, combat gear, specialty items and combat weapons. His daughter, Carla Jennings, did the photography for the program.

Myers Inn Museum faces the southwest corner of Sunbury Village Square. It is normally open 12-3 Thursdays, Fridays and Sundays and 10-3 on Saturdays. It will remain close during the Governor’s Stay-At-Home.