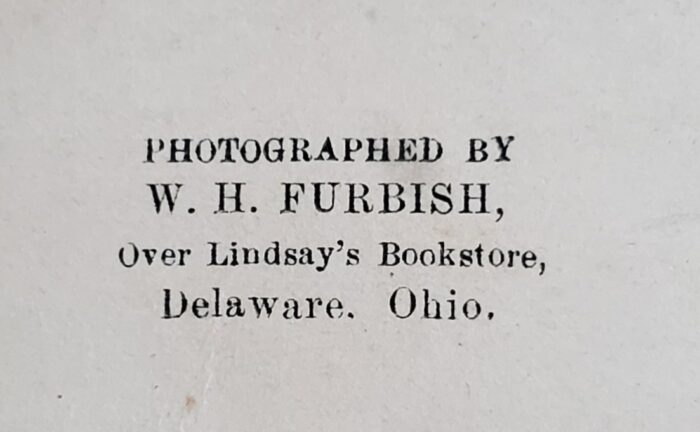 On Thursday, we shared a photo of a unidentified Civil War officer taken in Delaware over a century and a half ago, and told of our quest to identify the sitter for this portrait. That post can be read, and the photo can be seen, here.

As we stated in that story, the reverse of vintage photos can also provide clues to identification. As a reminder, the reverse of the photograph has the following information:

In this case, those details do help to pinpoint the date that the portrait was taken. What was unexpected, however, was that it also led us to the stories of two men who had remarkable life stories, and who, at least for a time, called Delaware home. 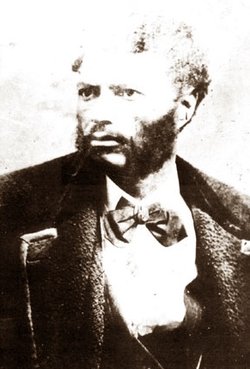 The photographer that took this image was someone who defied racial stereotypes. The fact that he was operating a professional studio in Delaware also shows what must have been a strong anti-slavery sentiment in the city.

William (also known as Willis) Furbish was a native of Kentucky, and was known as and described in census records as both an African-American and a mulatto. Information known about him suggests that he was a photographer in Delaware for a very short time, from approximately 1860 to 1862.

That information makes great sense, for as we shared in our first post, the officer appears to be someone who is starting out on his military service. We can be reasonably assured, therefore, that this photo was taken about 1861, after President Lincoln’s call for volunteers.

After leaving Delaware, Furbish had a life of public service and some success. He served in the 42nd Colored Infantry unit for several months in 1865; emigrated to Liberia as part of the American Colonization Society experiment; and moved to Arkansas. In Arkansas, was elected to and served two terms in the Arkansas House of Representatives, and served as a county sheriff.

As if he wasn’t busy enough, he also was a barber, assayer, music teacher, lawyer, and newspaper publisher!

Furbish’s public life in Arkansas was so extensive, and the twists and turns of his life so numerous, that the best way to understand them is to read this account of his life in the Encyclopedia of Arkansas.

He is buried in the Marion National Cemetery in Marion, Indiana.

The owner of the bookstore over which W.H. Furbish had his studio was a prominent Delaware citizen and successful businessman.

An 1858 Ohio Wesleyan University graduate, Lindsey served with the 48th Ohio Volunteer Infantry, rising from his entry level of private to actually, for a period of one year, to its commanding officer. During the war, the unit served primarily in the southern theatre and saw action at the Battle of Shiloh, where Lindsey was wounded.

During the Red River expedition, Lindsey was again wounded and actually taken prisoner.

After the war, Joseph Lindsey continued in the bookstore business until 1896. At the time that the mystery portrait was taken, the Lindsey (or Lindsay) Bookstore was located on North Sandusky Street between William and Winter Streets, according to city directories of the time. In later years, his store is listed as being located at 3 North Sandusky Street.

The home of Joseph and Adelia Lindsey is still standing at 229 North Sandusky Street. They are buried in Delaware’s Oak Grove Cemetery.

The identify of the Civil War officer in the photo is still not known. Any suggestions or leads would be most welcome!