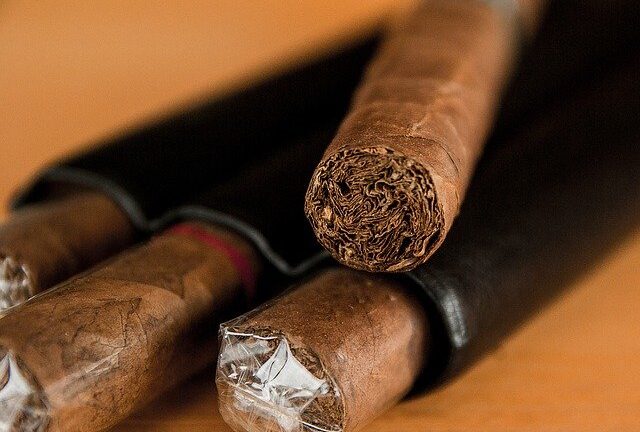 In May of 1882, Andy Ehman saw a chance to escape along with 11 of his fellow inmates — even though only a few months remained in his sentence. At high noon, in full view of everyone, they scaled the prison wall and scattered to the wind. Pursuit began, and in the days and weeks that followed, the other 11 were captured.

Not Andy. He had made his way west to a college town north of Columbus called Delaware.

This is where the story became somewhat murky. It is said in some accounts that Ehman adopted two aliases — Charles Smith and Michael Rodman. It is also claimed that he had left behind a wife and child in Pennsylvania when he traveled to Ohio.

Shortly after arriving in Delaware in June 1882, he became employed by the Riddle, Graff & Co. Cigar Factory, which was located in a building which still stands at 10 North Sandusky Street and houses Typhoon Asian Fusion Bistro. In fact, the initials “R.G.&Co.” are still visible in the cornice there (see Google Maps image below). Ehman was a machine operator and soon earned a reputation of the first operator in the city.

Ehman because involved in civic affairs, and when a cooperative was formed at the company he became president and general manager. He married into a good family and because a father in short order. He was one of the leaders of the congregation and took an active part in the building of the new St. John’s English Lutheran Church, which still towers over North Sandusky Street. He was not found out, but yet was living in a cage of his own creation.

It took five years for his past to catch up with him.

An oficial of the Phildelphia and Reading Railroad service acted as a bounty hunter and made his was to Delaware in early 1887 based on a tip from a jail inmate. Ehman was apprehended and returned to Lancaster to fact his original and new charges. The official only received $50 for the capture; he had hoped to make much more but this was his only apprehension of the trip.

In the end, Ehman got the last laugh. He quickly applied for a gubernatorial pardon, claiming that he was a changed man from his time in Delaware. The burglary only involved $50, he shared, and he told the court that his job, wife, and child were all waiting for him.

The Delaware wife, that is. There was no subsequent mention of the wife and child in Lancaster, and later statements from family members deny those allegations.