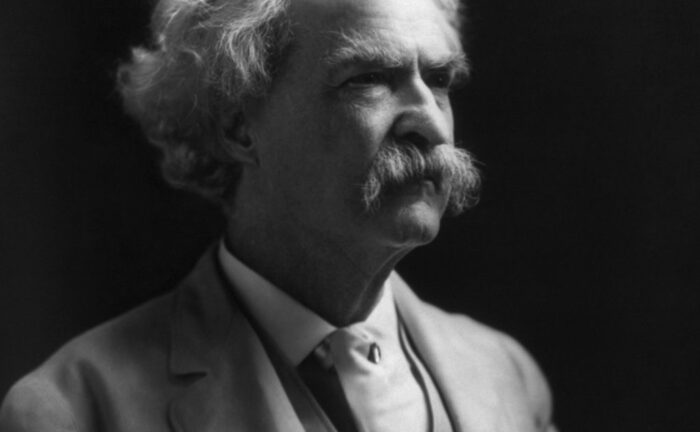 The date was February 10, 1885. That afternoon, three visitors to Delaware exited the train and secured transportation downtown. Making their way to the new City Hall and Opera House, they made their way to the second floor.

One of the men was a well-known novelist of the day, a man known for his written and vocal representations of life in the southern United States. One of the others was an American icon of the first order, an author, raconteur, and humorist.

The two, who were in the midst of their “Twins of Genius” Tour, were George Washington Cable and Samuel L. Clemens, better known as “Mark Twain.” 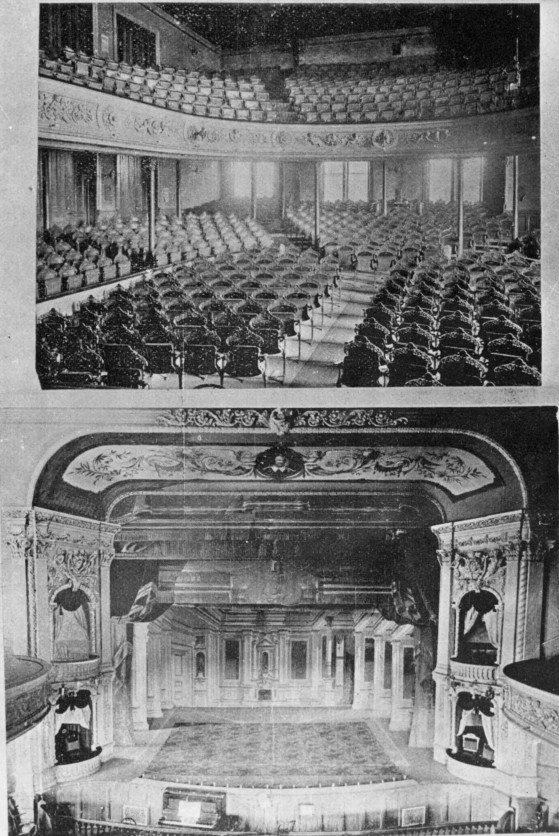 It was a busy and arduous tour, with stops and lectures almost every night. In Delaware, the venue was the Opera House on the second floor, an elegant space with balcony and elaborate decoration. The magnificent building had been finished just three years before, and would stand until a tragic fire on February 24, 1934. It was replaced with the current Delaware City Hall.

It is possible that Twain was a bit on the tired side on his arrival. The evening before, the pair had given talks and lectures at Cooper’s Opera House in Columbus. The weather was horrible, but the crowd was said to be enthralled, The press gave rave reviews.

Sometime on February 10, Twain wrote to his wife in a letter which survives to this day. In it, he wrote, “After the show & a hot supper, Pond & I did play billiards until 2 a.m., & then I scoured myself in the bath, & read & smoked till 3, then slept till half past 9, had my breakfast in bed, & now have just finished that meal & am feeling fine as a bird.”

Pond was the show’s promoter. Ticket prices ranged from 25 to 75 cents, and in smaller towns like Delaware, attendance was typically 500 to 600 people.

It is now known what Twain recited that evening on the stage in Delaware, but the next evening, in Oberlin, he shared the following stories: “”Tragic Tale of the Fishwife,” “A Trying Situation,” “A Ghost Story,” and “Incorporated Company of Mean Men.” That Oberlin appearance did not go well, by the way.

A writer in the Delaware Herald described Twain this way:

“Mark Twain has a big head stuck on by a long neck to a pair of round shoulders. He came on to the stage as though he were half asleep, and he looked to me as though nature, in putting him together, had, somehow, gotten the joints mixed. He has a big face, a nose large enough to represent any kind of genius, and eyes large, black and sleepy. He has a thick, bushy mane of hair, which is now iron gray, and a bushy mustache which overhangs his characteristic mouth. As he stood on the stage he reminded me much of a mammoth interrogation point, and as he drawled out his words with scarcely a gesture his voice made me think of a little buzz saw slowly grinding inside a corpse. He did not laugh while he uttered his funniest jokes, and when the audience roared he merely stroked his chin or pulled his mustache.”

The “Twins of Genius” Tour had its highs and lows. Twain grew increasingly exasperated with Cable, who like to change the program on the spot and tended to be quite long-winded. He also accused Cable of padding expenses and costing more than his contribution was worth.

Delaware is one of only a handful of smaller cities in Ohio where Twain appeared in person.

Delaware On The Map: The Beginning