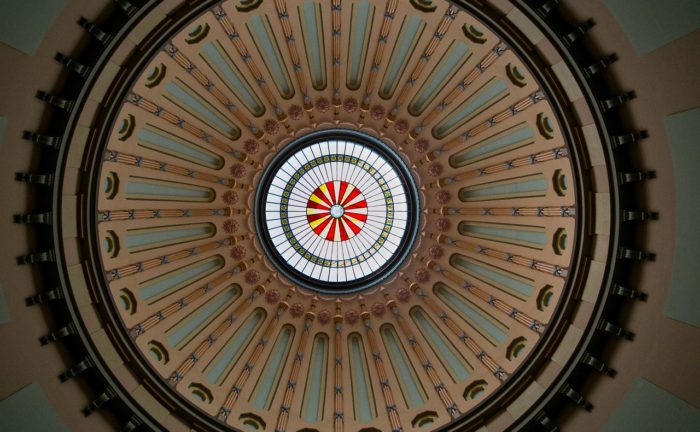 A whirlwind day at the Ohio Statehouse found Governor Mike DeWine making a call for the resignation of Ohio House Speaker Larry Householder.

The move came shortly after US Attorney for the Southern District of Ohio, David DeVillers, revealed details of a year-long investigation resulting in racketeering charges being levied against the Speaker and others.

Allegations are that Householder operated an organization, Generation Now, that funneled a substantial sum from an unidentified company to 21 political candidates, and also to an effort to thwart a referendum designed to repeal House Bill 6, a $1.3 billion dollar energy bailout eventually passed by the Ohio General Assembly and signed by the Governor.

The total amount involved was approximately $61 million, the complaint shared, of which $500,000 was spent by Householder on legal fees, campaign expenses, and on a home in Florida. Additional funds were funneled to the four other individuals arrested on Tuesday — Jeffrey Longstreth, an adviser to Householder; Neil Clark, founder of Grant Street Consultants; former Ohio Republican Party chair Matthew Borges; and Juan Cespedes, co-founder of The Oxley Group in Columbus.

The investigation, DeVillers shared, lasted for the last year and was conducted by the FBI and federal prosecutors.

Householder was arrested on conspiracy to commit racketeering charges Tuesday morning at his farm in Glenford in Perry County.

“I am deeply concerned about the allegations of wrongdoing in the criminal complaint issued today by the U.S. Attorney’s Office,” the Governor said in a statement. “Every American has the presumption of innocence until proven guilty. Because of the nature of these charges, it will be impossible for Speaker Householder to effectively lead the Ohio House of Representatives.”

Ohio Attorney General Dave Yost joined DeWine in a call for resignation. “Larry Householder sold out the people of Ohio in exchange for power and dirty money,” Yost said in a statement. “The 81-page sworn affidavit filed today shows plainly he cannot be trusted to act in the public interest, or trusted with public authority.

Reports since filing of the complaint, which can be read below, pinpoint First Energy Corp. as the unidentified corporation.

Image by chuggy from Pixabay