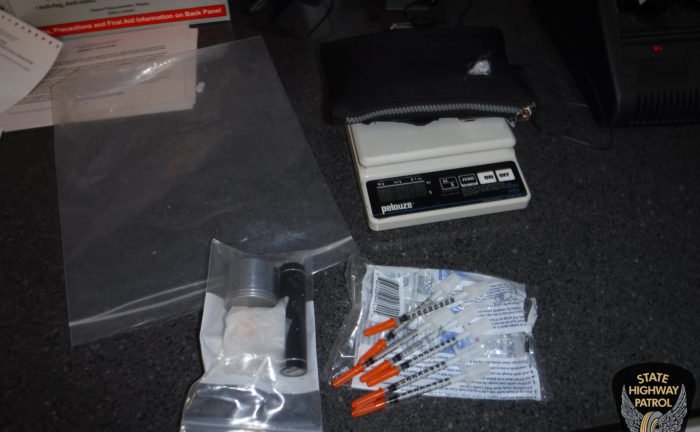 The Ohio State Highway Patrol announced on Tuesday that troopers have filed felony drug charges against two Ohio men after a traffic stop in Delaware County. During the traffic stop, troopers seized 1 pound of methamphetamine, 4 Suboxone pills and drug paraphernalia valued at approximately $10,000. 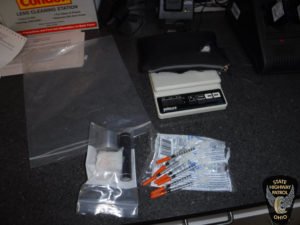 On November 14, at 9:44 PM, troopers stopped a 1995 Dodge Ram pick-up truck with Ohio registration for marked lanes and equipment violations on Interstate 71. Criminal indicators were present and the driver was asked to exit the vehicle. During a consensual pat-down, the suspect voluntarily removed drug paraphernalia from his person. A probable cause search of the vehicle revealed the contraband.

The driver, Aaron T. Clark, 42, and passenger, Michael P. Sturgeon, 38, both from Marengo, were incarcerated in the Delaware County Jail and charged with possession of a schedule I or II substance, a third-degree felony. Clark was also charged with possession of drug abuse instruments; schedule III, IV or V substance; and operating a vehicle under the influence of drugs, all first-degree misdemeanors; and possession of drug paraphernalia, a fourth-degree misdemeanor.