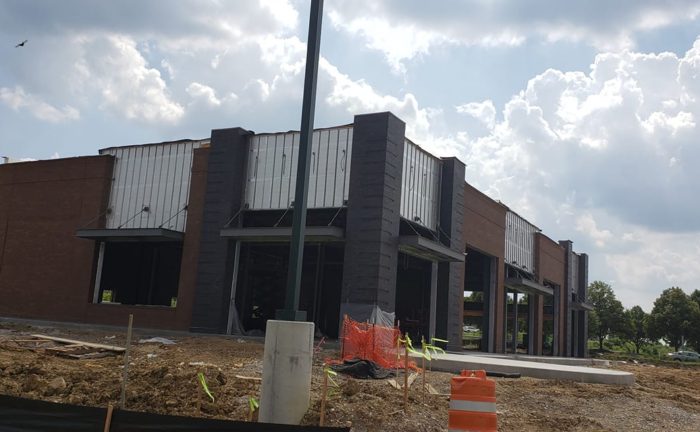 According to Columbus Business First, the building pictured above will soon house new locations for City Barbecue, Bruster’s Ice Cream, and Row House Fitness. It is on Gemini Parkway immediately to the west of the new Art Van store.

City Barbecue is a Columbus-based chain that currently has nine additional locations in central Ohio, including one on Sancus Boulevard in the Polaris area. City Barbecue shares that “Every day, at every restaurant, teammates slow-smoke award-winning barbecue and craft homemade sides and desserts.”

Bruster’s Ice Cream is opening its third location in Ohio, the others being in Girard and East Liverpool. Those locations are nearer to the chain’s corporate office in Bridgewater, Pennsylvania, near Pittsburgh. There is a strong emphasis on variety; they have over 150 ice cream flavors and each location is permitted to make up to 24 each day.

Row House is a rowing-centered fitness center that provide a low-impact workout that impacts a wide set of muscle groups. The next closest Row House is on SR 161 in Plain City which, in fact, is the chain’s only other Ohio location.

All three are expected to open before the end of 2019.