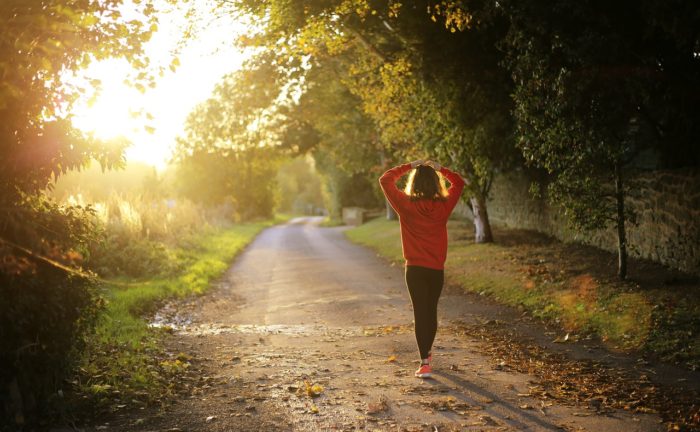 More and more Ohioans are walking and biking as a way to travel, either by choice or necessity. However, recent trends in safety, health, and demographics highlight the urgent need for safer, accessible, and more convenient options for walking and biking in communities across the state. In an effort to combat these trends and spur more strategic investment in infrastructure for pedestrians and bicyclists, the Ohio Department of Transportation is launching the first-of-its-kind Walk.Bike.Ohio plan. This plan was constructed based on input from local government partners, state agencies, and the public.

“Nearly one out of every 10 Ohio households does not have access to a motor vehicle, meaning active transportation options like walking and bicycling are necessary to meet basic needs,” said Gov. Mike DeWine. “When we ensure that walking and biking are safe, convenient, and accessible options – everybody wins. The Walk.Bike.Ohio plan puts us on the right path to do that.”

In Ohio, people walking and biking make up about 14 percent of all traffic deaths, despite making up just 2.6% of trips to work. Most notable is that not everyone is impacted equally, with high need populations and areas of the state experiencing a disproportionate amount (nearly double) of the severe pedestrian and bicycle crashes.

In 2020, there were 164 people killed and 469 people seriously injured while traveling along or across Ohio’s roadways on-foot. From 2019 to 2020 alone, pedestrian deaths increased by an astounding 30 percent. The most notable increases were at intersections with unmarked crosswalks (+600%), at unmarked, mid-block locations (+84%), and in circumstances involving speed (+60%).

The Walk.Bike.Ohio plan is about more than just safety, it introduces a framework for advancing active transportation by documenting existing conditions, identifying roles and responsibilities of various partners, and outlining critical actions for ODOT to focus on over the next five years.

“Although the publication of Walk.Bike.Ohio is a major milestone for Ohio, it is just the beginning of the work necessary to achieve our vision,” said ODOT Director Jack Marchbanks.

The plan was developed over two years and included dozens of meetings with key stakeholders and two public surveys. Stakeholders conveyed the need for improving mobility, safety, and quality of life, and for equitable investments in walking and bicycling infrastructure, maintenance, programs, and policies.

While Ohio may boast the nation’s eighth largest roadway network, ODOT found there is a need for improvement at the state, regional, and local level to develop bicycle and pedestrian networks, close network gaps, and address unsafe crossings and deficient or failing sidewalks.

“The development of Walk.Bike.Ohio has helped us to establish a statewide vision for walking and biking, informed by practitioners and the public. This plan outlines what ODOT will seek to advance over the next 5 years in order to improve walking and biking as a transportation option in Ohio,” said ODOT Active Transportation Manager Caitlin Harley.

An economic impact analysis completed as part of this effort found that existing trips by foot or bike can save Ohioans $12.7 billion in transportation and environmental costs over 20 years. If Ohio’s walking and biking rates increased by just over 1%, an additional $5 billion in cost savings is projected over the next 20 years.

In addition to economic benefits, connected active transportation networks can also play a role in improving Ohio’s ranking of 40th in the United States for overall health outcomes and 47th for health behaviors, which include obesity and physical inactivity.

Active transportation is also an opportunity to address growing mobility needs and preferences. In 1983, about 46 percent of 16-year old Americans had a driver’s license, according to the Federal Highway Administration. By 2014, that number had dropped to just over 24 percent. In Ohio, the number of 16 and 17-year old drivers fell from 84,985 in 2016 to 70,678 in 2020. Additionally, as the share of Ohio’s population over 65 continues to grow, more Ohioans may rely on or prefer transit and active transportation options.

The hope is that this plan will be a useful tool for decision-makers at all levels of government in Ohio as they look at ways to make the state more walkable and bikeable.

For more information on what ODOT will be focused on to support walking and biking in Ohio, check out the plan online.