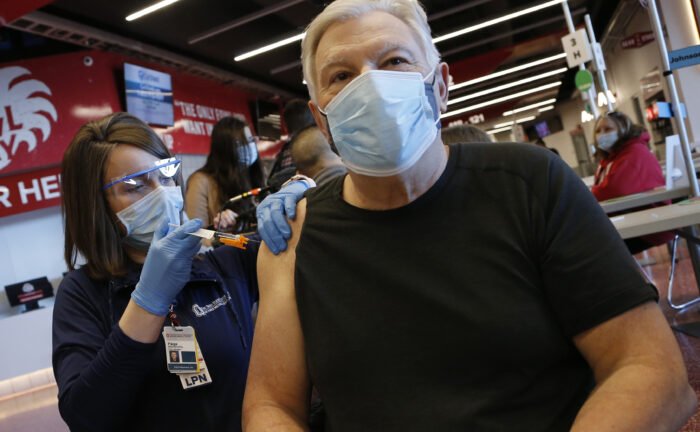 COLUMBUS, Ohio (AP) — An outdated reporting system that led to the undercount of more than 4,200 COVID-19 deaths in Ohio will now be retired, the state’s health department director said Tuesday.

The Ohio Department of Health will retire the manual system it used to provide a real-time death toll from the pandemic over the last year after a breakdown in the system led to a massive adjustment last month to the state’s documented death toll.

“We have been building the plane as we fly it,” Health Director Stephanie McCloud said Tuesday. “And unfortunately, we weren’t given all new parts to build it well. We did not have time to stop the plane to land it, get the new parts that we need, and then take off again.”

The department will switch Tuesday to rely exclusively on a slower but more reliable and accurate system to count virus-related deaths, McCloud said. It had used this slower process as a quality check to reconcile the data from the manual system that failed.

The slower system is based on death certificates sent to the federal Centers for Disease Control and Prevention’s infectious diseases database, which are confirmed as COVID-19 deaths before being added to the state’s database. The shift will result in only confirmed, instead of probable, deaths being listed every few days instead of probable deaths listed daily.

The change comes after the health department discovered thousands of unreported deaths last month and announced a restructuring of its infectious disease division. The department said issues with manual data entry affected the reconciliation and reporting of the deaths beginning in October, with most of the uncounted deaths occurring in November and December — the peak of the pandemic’s toll in Ohio.

“We were engaged in a manual process that attempted to provide information in real-time,” McCloud said during a briefing. “The manual process is fraught with more opportunities for issues, even though it is faster in time.”

Republican state Auditor Keith Faber has been auditing Health Department coronavirus death data since September, and his office’s final audit of the 2020 coronavirus death count is expected to be released later this month. “Auditor Faber is pleased that ODH is taking steps to improve some operational issues while also working proactively to address some of the recommendations that will be made in our audit,” Matt Eiselstein, Faber’s communications director, said.

The recent decline and plateauing of cases, deaths and hospitalizations led Gov. Mike DeWine on Tuesday to relieve certain COVID-19 restrictions in the state, including limitations on mass gatherings like weddings and funerals. DeWine also allowed for more seating capacity at indoor and outdoor entertainment venues.

____
Farnoush Amiri is a corps member for the Associated Press/Report for America Statehouse News Initiative. Report for America is a nonprofit national service program that places journalists in local newsrooms to report on undercovered issues.