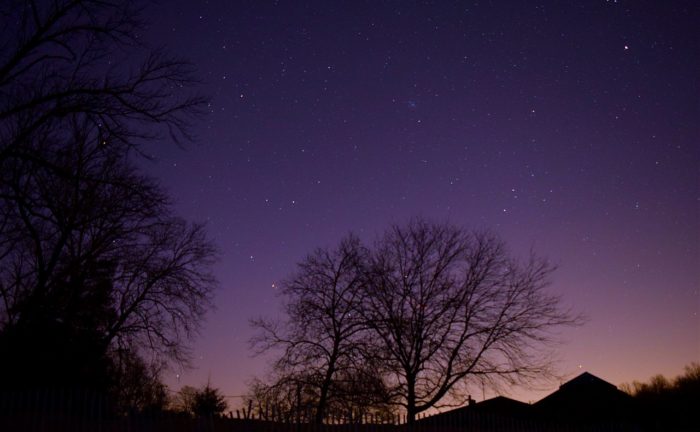 Travel To Space This Summer

It’s easy this summer for Delaware Countians to break the bounds of Earth and head to parts unknown. How, you ask?

Perkins Observatory will host three out-of-this-world events this summer with a June 13 discussion of “Climate Change on Earth, Mars, and Venus” and July 20 and July 27 “Celebration of the Sun” events.

The June 13 discussion, a New Vistas in Astronomy Adult Lecture, will feature Robert Harmon, Ph.D., Ohio Wesleyan professor of physics and astronomy. The program begins at 8 p.m. Call (740) 363-1257 to reserve tickets, as at-the-door tickets may not be available. The observatory is located at 3199 Columbus Pike (U.S. 23), Delaware.

“The surface of present-day Venus is hotter than a pizza oven, has an atmospheric pressure some 90 times that of Earth, and is much drier than any Earth desert,” Harmon said in explaining his talk. “Mars, by contrast, is also drier than any desert on Earth, but its surface pressure is less than 1% of Earth’s, and it is much colder than Earth. Yet studies of the water that Venus retains and evidence from Martian rovers and orbiters suggest that the climates on both these worlds were once much wetter and milder than they are today, and perhaps were favorable to the origin of life.

“Climate change is also the rule, not the exception, on our own planet, which has gone from ‘snowball Earth’ periods with glaciers at the equator to ‘hothouse Earth’ periods when even the poles had no ice,” Harmon said. “How did all this happen? In this talk, I explore the roles of planetary size, geological activity, proximity to the Sun, water, and atmospheric carbon dioxide in determining how a planet’s climate changes over time.”

In addition, Perkins Observatory will forgo its usual Friday night skywatches in from June 15 through Aug. 1 and instead host two daytime “Celebration of the Sun Events” at 2 p.m. July 20 and July 27.

The observatory will return to its regularly scheduled Friday evening programs Aug. 2. Throughout August, the skywatches will begin at 9 p.m. Weather permitting, these events will include observing the sky using the observatory’s 32-inch Schottland Telescope.

Reservations are strongly recommended for all Perkins Observatory events, as many programs sell out. Advance tickets are $10 and $2 more if purchased at the door. To reserve tickets or determine at-the-door availability, call (740) 363-1257.

Founded in 1923, Perkins Observatory is an active research facility used by Ohio Wesleyan students and faculty. “The Place for Space” also conducts hundreds of public programs and welcomes tens of thousands of visitors each year. Learn more at www.owu.edu/perkins.