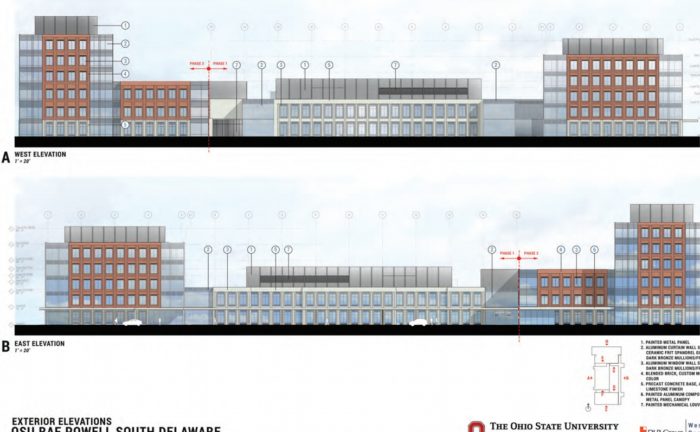 The impact of the COVID-19 pandemic is being felt in many corners, including in the medical and educational communities. This is no more true than with The Ohio State University Wexner Medical Center, which had hoped to break ground on a new Ambulatory Care Facility in Powell in a timely manner.

As we shared back in January 2019, the Powell Planning & Zoning Commission had then approved a Final Development Plan for the facility, noting:

“The new facility at 3315 Royal Belfast Boulevard will sit on approximately 36 acres northeast of the intersection of Sawmill Parkway and Home Road and across the road from Olentangy Liberty High School. The first phase of the project including the center and office building will bring approximately 200,000 square feet of health care services space and will result in approximately 500 jobs with “substantial average salaries” and a payroll approaching $50 million…

The second phase would add a new 250,000 square foot hospital facility. As it is, when operational the new Medical Center will represent the largest employer in the City of Powell.”

OSU was back before the Commission on Wednesday evening seeking an extension of that original plan, as constuctiuon has not started within the plan’s two year effective period.

Staff members shared with Commission members that no changes had been made to the plans, and that the original conditions, including the submission of detailed landscaping and stormwater management plans, would still be in force. Stating that the project would be great both for the provision of medical care and for employment in the region, staff members Jeff Tyler and Elise Schellin recommended approval.

Aaron Underhill participated in the virtual meeting on behalf of The Ohio State University. Underhill observed that “COVID has affected all of our lives,” and that while OSU had been up front two years ago, that the University has needed to make some shifts with the changing medical and ecomnomic landscape.

The good news, Underhill continued, is that OSU purchased the property shortly after the original approval, and “the project is alive and well.” Without the extension, he added, the original zoning would reapply which would not be the best use for that parcel.

Members responded noting that the still outstanding conditions will provide additional detail on some of those items, and that several association members did participate when the project was first considered by the Commission.

The Planning & Zoning Commission approved the extension by a 4-1, with member Trent Hartranft expressing the preference for one year extension. OSU will now have until May of 2023 to commence construction activity.