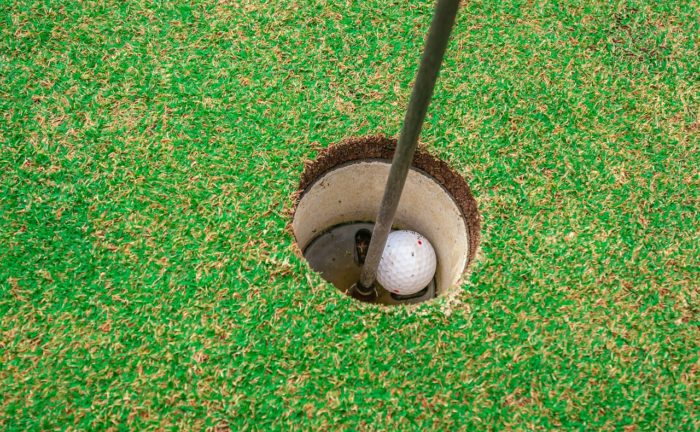 Ohio Wesleyan University will recognize its 1992-93 men’s golf team, its 1998 men’s soccer team, and its 2001 women’s soccer team as part of the University’s third annual Team of Distinction ceremony on Saturday, October 19, during Homecoming & Family Weekend.

The Team of Distinction was created to recognize individual teams that have distinguished themselves and made extraordinary contributions to OWU athletics.

The 1992-93 men’s golf team won 6 tournaments during the course of the season, then placed all 5 golfers among the top 6 in the individual standings as the Bishops won the North Coast Athletic Conference championship, then a single 36-hole tournament, by 20 shots.  J.W. Wilson ’94 defeated Matt Roth ’93 in a playoff to win medalist honors at the conference tournament, marking the second consecutive year that he was recognized as the NCAC Player of the Year.  Galen Eckland ’93 tied for third place with a 152, and Tim Ailes ’96 and Keith Courter ’95 tied for fifth place at 153.

Ohio Wesleyan went on to the NCAA Division III tournament at Torrey Pines in California and finished second to host Cal-San Diego, trailing by 2 shots after the third round before finishing 12 shots behind.  The second-place finish equaled the best finish by an Ohio Wesleyan team at the national championship tournament.

Ailes tied for third place among individuals with a 296 and was a first-team All-America selection.  Roth tied for seventh at 301 and won second-team All-America honors, and Eckland and Wilson tied for 15th place at 306 and were third-team All-America picks.  Head coach Dick Gordin ’52 was named NCAA Division III Coach of the Year.

The 1998 men’s soccer team completed the regular season with a 13-6 record, winning the NCAC championship with a 7-1 mark along the way.  Ohio Wesleyan was selected to host the NCAA Division III Great Lakes Regional, and the Bishops advanced with wins of 5-0 over Alma and 2-1 over Otterbein.  Trinity (Texas) then visited Roy Rike Field for a national quarterfinal contest, and the Bishops prevailed by a 2-1 score.

Ohio Wesleyan was selected to host the national semifinals and championship game, and the Bishops moved into the final with a 1-0 win over Williams with the help of a goal by Martin Forman ’99 and a shutout by Jonathan Barth ’00.  In the national championship game, Ohio Wesleyan took the lead when Jason Chadima ’99 set up a header by Jon Van Horn ’01 in the 13th minute.  Greensboro tied the game in the 82nd minute, but Mike Campbell ’00 put the Bishops ahead just 1:07 into the first overtime period, and the Ohio Wesleyan defense took over from there, holding the Pride to only 2 shots, none on goal, during the 30 minutes of overtime.

“This isn’t the best team we’ve had in terms of individual talent,” said head coach Jay Martin after the win, “but over the past four weeks, this has been the best team I’ve had.”

The 2001 women’s soccer team lost to Nazareth, 2-1, during the first weekend of the season but was unstoppable after that, winning its remaining 14 games to finish the regular season with a 15-1 mark.  The Bishops won the NCAC championship with an 8-0 record, outscoring conference foes by a count of 45-3, and Ohio Wesleyan took the conference tournament title with wins over Wittenberg and Denison.

The Bishops hosted the NCAA Division III Great Lakes Regional and dispatched DePauw and Albion, each by a 3-0 score, to bring on a rematch against the College of New Jersey, which had defeated Ohio Wesleyan, 1-0, in the third overtime in a national quarterfinal the previous year.  This time, however, it was Ohio Wesleyan with the 1-0 win.  Katy Sturtz ’02 scored midway through the first half and the Bishop defense held the Lions to only one shot during the second half.

Ohio Wesleyan was selected to host the national semifinals and championship game, and the Bishops advanced with a 2-1 overtime win over Willamette.  Katie Buchert ’02 put the Bishops on the scoreboard with a goal midway through the second half, but the Bearcats answered with a penalty kick in the 73rd minute — the only goal allowed by Ohio Wesleyan during its 5-game NCAA run.  Liz Sheehan ’04 came through with a goal with 9:47 left in the first overtime period to give the Bishops the win.  In the national championship game, Sturtz broke a scoreless tie with 7:45 left in the first half and the Bishops went on to win the crown with a 1-0 win over Amherst, with Mindy Hammond ’03 recording her sixth shutout in 7 postseason starts.  Akeya Terrell ’04 was named the tournament’s Most Outstanding Player, Defense.