Landmarks Of Delaware County: The Birthplace Of A President 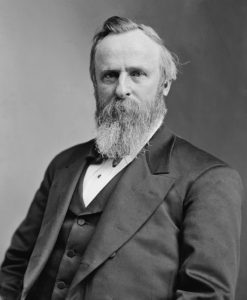 There is a rather famous gas station which stands on the north side of East William Street, just east of Sandusky Street.

Delaware residents and visitors alike know it as the site where a future President of the United States was born.

The BP station occupies a site where a two story brick house once stood, a relatively modest structure which was constructed about 1811 and which was demolished in 1926. This house was the one which Sardis Birchard, the uncle of President Rutherford B. Hayes, said was the location for the birth. END_OF_DOCUMENT_TOKEN_TO_BE_REPLACED 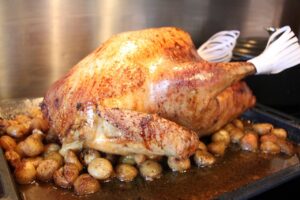 Delaware native President Rutherford B. Hayes and Lucy Hayes were certainly no strangers to the Thanksgiving holiday.

Originally, Thanksgiving Day commemorations were declared on a state-by-state basis, and so varied from date to date and from one year to another. Even though President James K. Polk hosted the first such dinner at the White House, it was during the presidency of Abraham Lincoln that a national celebration was established, the President declaring in October the last Thursday in November to be that date.

The Hayes’ first Thanksgiving in the White House was celebrated on November 29, 1877. END_OF_DOCUMENT_TOKEN_TO_BE_REPLACED 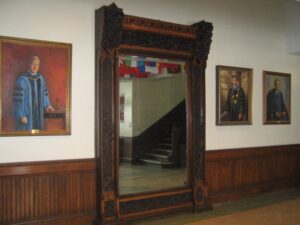 Just inside the main entrance to University Hall on the campus of Ohio Wesleyan University sits a piece of American history.

The item is a 10 foot tall frame made of black walnut, and housing a large pier mirror. The frame was a gift to the University by a former US President and his wife, a member of the OWU Class of 1853.

It is said that Rutherford B. Hayes, a native of Delaware, proposed to Lucy Webb Hayes on the steps of OWU’s Elliott Hall. What is certain is that the Hayeses maintained  lifelong relationship with the University, and made more than one gift to the school during their lifetimes. END_OF_DOCUMENT_TOKEN_TO_BE_REPLACED 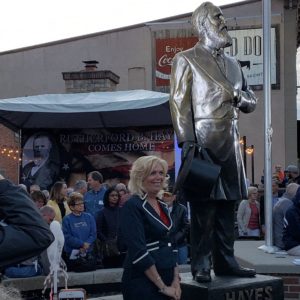 Well, not really… it’s the statue of President Rutherford B. Hayes that turned two years old earlier this month.

It was on Friday evening, October 4, 2019 that hundreds of onlookers crowded closely together on South Sandusky Street in downtown Delaware — a scene which would certainly not happen in the ear of COVID-19 — and celebrated the unveiling of the city’s statuary tribute to its best-known native son.

We thought that we’d take a look back at that event today on 1808Delaware, including photos we took that evening. Our coverage can be accessed below. END_OF_DOCUMENT_TOKEN_TO_BE_REPLACED

The Delaware County Historical Society presents a special walking tour in downtown Delaware. Titled “Young and Old Rutherford B. Hayes Walking Tour”, this event will be held on Sunday, October 3. Three identical tours will be offered – at 1pm, 2:30pm, and 4pm, and are limited to 15 people for each tour.

Tours begin at the Sulfur Spring on Ohio Wesleyan’s Campus across from Selby Stadium and will include locations related to Rutherford B. Hayes’ life. The walk will feature Society volunteers and Hayes reenactors – Devon Hardwick as young Hayes and Bill Rietz as older Hayes. Tour guides will include Brent Carson and Laurie Schaefer.

Young Hayes will describe in detail, childhood memories of what he described as “his world” around the area of West William Street and Franklin Street. Older Hayes will discuss, among other topics, his devotion to his duties as a member of Ohio Wesleyan’s Board of Trustees and in his participation in laying the cornerstone of University Hall. END_OF_DOCUMENT_TOKEN_TO_BE_REPLACED

Memorial Day is being commemorated this weekend and Monday throughout Delaware County in many traditional ways, with parades, speeches, gatherings at local cemeteries, and family gatherings.

The holiday was originally established to commemorate the dead of the Civil War. Only 15 years after the end of that conflict, Delaware native President Rutherford B. Hayes gave a speech at Gettysburg, Pennsylvania.

We would like to share an excerpt from that speech with you today on this holiday weekend. END_OF_DOCUMENT_TOKEN_TO_BE_REPLACED

Hayes Finally Gets His Bobblehead 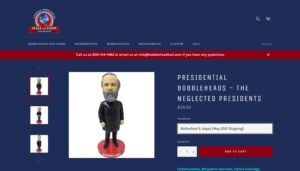 It’s the “must have” item for every well-appointed office desk or car dashboard in Delaware.

The National Bobblehead Hall of Fame and Museum in Milwaukee has just released its new “Neglected Presidents” series, starring — you guessed it — Delaware’s own Rutherford B. Hayes.

Hayes is numbered with fellow White House occupants Franklin Pierce, Calvin Coolidge, fellow Ohioan Warren G. Harding, and others. Each is available in a numbered edition of 500, according to the Hall of Fame. END_OF_DOCUMENT_TOKEN_TO_BE_REPLACED 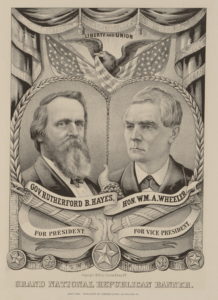 1808Delaware carries news from the Hayes Presidential Library & Museums in Fremont from time to time, a venue which provides an in-depth look into the life and times US President and Delaware native Rutherford B. Hayes.

Today, we bring news of the Center’s Gateway to the Future Campaign, which seeks funding to improve and enhance virtual experiences and distance learning opportunities.

Last spring, when the Hayes Home and museum normally would have been filled with students on field trips learning about President Rutherford and First Lady Lucy Hayes and Ohio history, the galleries and rooms were dark and empty. END_OF_DOCUMENT_TOKEN_TO_BE_REPLACED