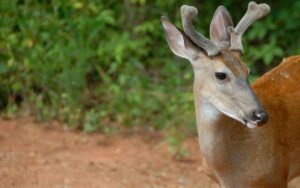 The Ohio Department of Natural Resources (ODNR) Division of Wildlife has confirmed nine additional wild white-tailed deer tested positive for Chronic Wasting Disease (CWD) in northern Marion and southern Wyandot counties. Five were bucks, and four were does. Testing was performed on hunter-harvested deer during the 2021-22 season, as well as through a planned operation in February and March to obtain additional samples.

Since the fall of 2020, 11 wild deer have tested positive for CWD, all in Wyandot and Marion counties. Nine were confirmed in Wyandot County, and two were confirmed in Marion County. CWD is a fatal neurological disease that affects white-tailed deer and other similar species, including mule deer, elk, and moose. According to the Centers for Disease Control and Prevention, there is no strong evidence that CWD is transmissible to humans.

To increase sampling for CWD, a disease surveillance area has been expanded to include all townships in Wyandot, Marion, and Hardin counties. Special regulations and hunting opportunities are in effect in the DSA. Find more information, including a map of known locations, at ohiodnr.gov/cwd. END_OF_DOCUMENT_TOKEN_TO_BE_REPLACED 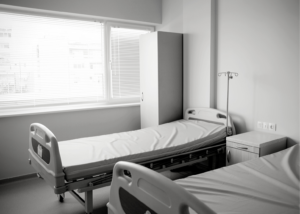 OhioHealth has announced that effective this past Thursday, February 24, it now allows two visitors per patient at all OhioHealth hospitals. Each patient will select two designated visitors for the duration of their stay, who may visit daily and come and go as needed.

All visitors will be required to wear a mask while in an OhioHealth facility, except while eating, and be asymptomatic of COVID-19 symptoms. END_OF_DOCUMENT_TOKEN_TO_BE_REPLACED 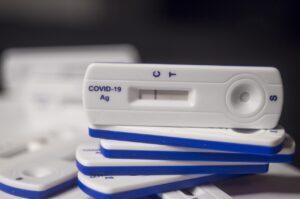 The Ohio Department of Health (ODH) is announcing plans to prioritize the state’s supply of COVID-19 tests to first support testing for K-12 schools and colleges/universities. This comes as the state is experiencing a delay in shipment of more than 800,000 testing kits amid a nationwide shortage in COVID-19 testing supplies.

ODH has been making available both the proctored rapid Abbott BinaxNow at-home antigen tests and over-the-counter self-administered tests free to Ohioans at local health departments, public libraries, schools, and other locations. Ohio was one of the first states to prioritize widespread distribution of free rapid testing kits and has distributed about 5.6 million free testing kits – 1.4 million in December alone. END_OF_DOCUMENT_TOKEN_TO_BE_REPLACED 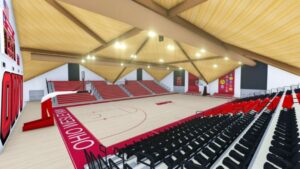 This week, Ohio Wesleyan University updated its mask wearing policy as it applies to indoor athletic events. It reads as follows:

All spectators in indoor venues are required to properly wear a facial covering at all times regardless of vaccination status.  Medical or cotton facial coverings that include a strap around the ears and fully cover the nose, mouth, and chin should be worn. END_OF_DOCUMENT_TOKEN_TO_BE_REPLACED 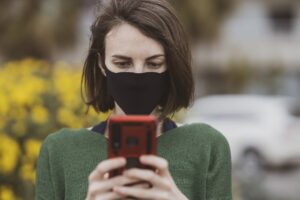 The number of COVID-19 infections has risen precipitously in Ohio over the last several weeks and days, giving rise to some of the first concerted action in weeks by the State of Ohio.

In late November, the number of new cases in Delaware County school districts and buildings was averaging a bit over 150 a week. When numbers were released on Tuesday of this week by the Ohio Department of Health, it was reported that 136 cases were present this past week, representing 129 students and 7 staff members. END_OF_DOCUMENT_TOKEN_TO_BE_REPLACED 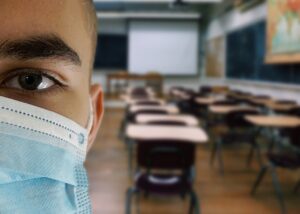 While Delaware County currently enjoys a relatively lower COVID infection rate compared to other Ohio counties, there are indications that the virus is reaching the county’s younger population in higher percentages.

As reported by The Delaware Gazette on Wednesday, it was shared that the November report of the Delaware Public Health District revealed that the county’s per capita rate of new cases and hospitalizations were the lowest in surrounding counties. That article can be read here.

The same post did state, however, that “…a bar chart showing cases by age from Oct. 30-Nov. 13 indicated that the most cases were among children 9 years old and under, followed closely by those aged 10-19.” END_OF_DOCUMENT_TOKEN_TO_BE_REPLACED 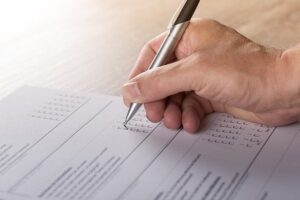 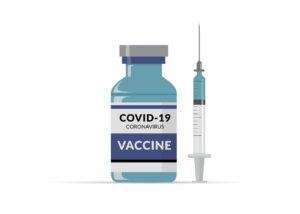 From record highs, Delaware County schools are now experiencing a rather sharp decline in reported infections of COVID-19 for children and staff. When the Ohio Department of Health shared updated numbers on Thursday, Delaware County districts and individual buildings reported a total of 85 infections in the last week in eight school settings. Two weeks ago, the number of total cases stood at 130. This week’s report included the following: END_OF_DOCUMENT_TOKEN_TO_BE_REPLACED 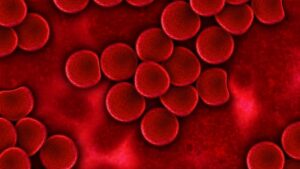 Ohio children have elevated levels of lead in their blood at more than two times the national rate, according to a study released Monday.

The research, from JAMA Pediatrics, a peer-reviewed medical journal published by the American Medical Association, found about 5.2% of Ohio children have elevated levels of lead in their system.

Nationally, the rate is about 1.9%. Ohio ranked second nationally in terms of states with the highest rates of children with elevated blood levels. END_OF_DOCUMENT_TOKEN_TO_BE_REPLACED 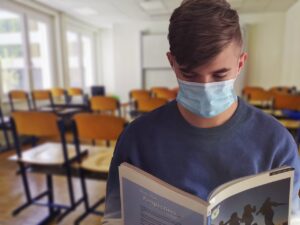 At its regular meeting on September 16, the Big Walnut Local Schools Board of Education voted to implement a mask requirement for all students.

As you know, face coverings are required on all school buses due to a Federal order.  Additionally, due to continued impact on attendance from Covid-19, our Board of Education voted at last Thursday’s meeting to implement a K-6 school mask mandate for students.  This mandate is for indoors only, and it is in effect until one of the following criteria is met: END_OF_DOCUMENT_TOKEN_TO_BE_REPLACED