How To Get ‘Ohio’s Best Burger’ Close To Home 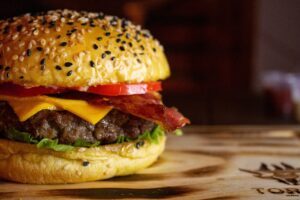 It turns out that Delaware County might be just the place to be to get one of Ohio’s best hamburgers.

That’s what Reader’s Digest would have you believe.

The company set out to identify the best burger in every state. There are certainly plenty of contenders in Ohio, to be sure. When all was said and done, however, the blue ribbon went to an Akron restaurant chain with a location in southern Delaware County.

The Galley Boy at Swensons Drive-In, one of which can be found at 2012 Ikea Way. END_OF_DOCUMENT_TOKEN_TO_BE_REPLACED

Delaware County Ranked As Tenth Most Healthy County In The Nation 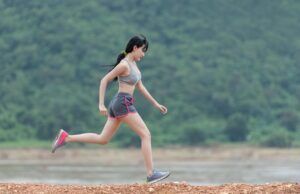 It’s something that residents know, but now others do too – Delaware County turns out to be a very healthy place in which to live.

So says the recently-released U.S. News Healthiest Communities rankings, which set out to examine aspects of local living that positive or negative impacts on health.

According to the release, “The U.S. News Healthiest Communities rankings measure crucial health-related components of society with the aim of empowering citizens, health care leaders and officials to make decisions about policies and practices that can improve health outcomes for all.”

The process used for ranking places scores 3,000 counties on 89 indicators across 10 categories, each of which contribute to community health. Categories included, in order of weight given to each, Population Health, Equity, Education, Economy, Housing, Food & Nutrition, Environment, Public Safety, Community Vitality, and Infrastructure. END_OF_DOCUMENT_TOKEN_TO_BE_REPLACED 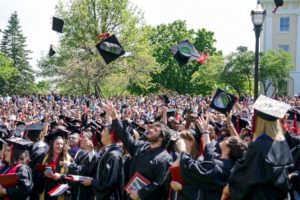 Ohio Wesleyan University is one of the nation’s “best colleges for your money,” according to Money magazine’s new “Best Colleges in America 2022” list.

To create the list, Money examined 24 quality, affordability, and outcomes data points from more than 2,400 four-year colleges. A total of 671 schools were ranked, with Ohio Wesleyan earning a spot among the magazine’s Top 500 U.S. and Top 14 Ohio schools.

“For affordability, we weighed the net price of a degree, student and parent borrowing, and loan repayment rates,” Ayers continued. “For outcomes, we consider median earnings, the share of alumni working, and the share of alumni earning more than a high school grad. …” END_OF_DOCUMENT_TOKEN_TO_BE_REPLACED

The new list was released April 25 by the Center for World University Rankings, based in the United Arab Emirates. According to the Center, the Global 2000 list is the largest and “only academic ranking of global universities that assesses the quality of education, alumni employment, quality of faculty, and research performance without relying on surveys and university data submissions.”

“This is an outstanding accomplishment,” Nadim Mahassen, Ph.D., president of the Center for World University Rankings, said in sharing news of Ohio Wesleyan’s latest ranking.

For 2022, Ohio Wesleyan achieved an overall rank of 1,623 among the world’s 19,788 world universities, as well as a regional ranking of 333 in the United States and Canada, a national ranking of 297, an education rank of 62, and an employability rank of 152. Among the Five Colleges of Ohio and 13 Great Lakes Colleges Association schools, only Ohio Wesleyan, Antioch College, and Oberlin College are included on the Global 2000 list. END_OF_DOCUMENT_TOKEN_TO_BE_REPLACED