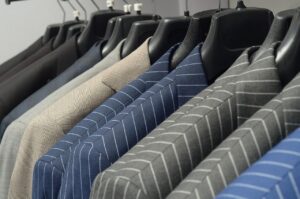 After writing his first article for the Ivy Style website in October, Caplan, Ph.D., this month was named a regular columnist for the online publication. Launched in 2008, Ivy Style celebrates what is considered by some as the most enduring clothing style of the 20th century.

Caplan’s new column, “Office Hours,” is expected to appear every two or three weeks. In announcing their newest columnist, Ivy Style’s editors said: “Professor David Caplan’s recent articles were met with a warm reception, and so Ivy Style is honored to kick off the new year with a regular column for the tweedy professor. … Caplan will use it to continue exploring the intersection between traditional clothing and American culture past and present.” END_OF_DOCUMENT_TOKEN_TO_BE_REPLACED