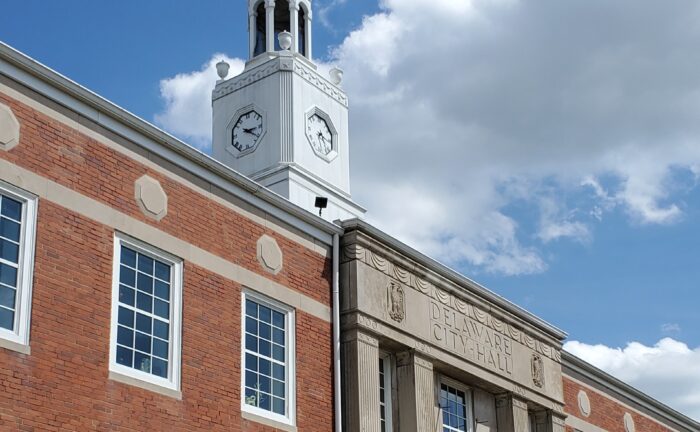 The community is invited to tour the renovated City Hall building on Sunday, September 26 from 1-3 PM.

City Hall, 1 S. Sandusky St., Delaware, re-opened earlier this year after being closed in 2020 for renovations and because of COVID. Renovations on the nearly 85-year-old City Hall building’s interior were the first in nearly 30 years and addressed four critical areas: safety and security; public access and customer service; mechanical systems; and workspaces.

The updates were respectful of the building’s history. City Hall currently hosts nearly 40 employees in five departments. In 2019, the Planning and Community Development Department relocated from City Hall’s second floor to the second floor of the former Gazette building, now owned by the City.

“How residents and visitors navigate the building, pay their bills, meet with staff and attend public meetings is a critical part of this. As is ensuring a municipal building that is safe and secure,” said Assistant City Manager Kyle Kridler, who led the project.

Council approved the funding in July 2019. The project cost was approximately $1 million, paid for over 15 years by lease payments from COhatch, impact fees and through the general fund.

The Delaware County Commissioners also will be hosting an open house of the Historic Courthouse during the same hours. The interior and grounds of county building were renovated in 2020. It is located at 91 N. Sandusky St., two blocks north of City Hall.