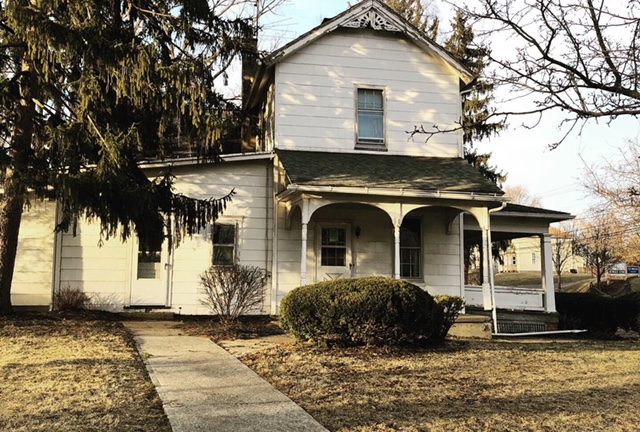 The City of Delaware may be planning to demolish the historic Caretaker’s House at Oak Grove Cemetery soon, 1808Delaware has learned.

Earlier this year, the structure was named to the 2019 List of Ohio’s Most Endangered Historic Sites by Preservation Ohio, the state’s oldest statewide historic preservation organization. In a press release, the organization stated, “The original plans for Delaware’s historic city cemetery called for this house to be built, the oldest portion of which dates to the 1850s. The City of Delaware is considering demolition to build a location for cremation remains despite ample space existing elsewhere in the cemetery. Many suggestions for creative reuse of this house have been offered. Local interests are seeking to save this sole remaining element of the original cemetery plan.”

At the time, a Delaware Gazette story stated that the future of the house was tied to long term planning for the cemetery. That story can be read here.

A copy of the 2018 Master Plan for Oak Grove Cemetery can be accessed here. That plan states, “The first issue to solve is the existing house at the cemetery entrance. The house should be taken down which will create a development opportunity for multiple amenities. The main amenities which will be incorporated are niche columbariums.”

At the same time, the Master Plan does not appear to provide any research into the house’s history, its connection to maintaining the aesthetic of what is a nineteenth century cemetery layout, nor the opportunities which it itself can provide for “amenities.” The ample green space which is included can easily accommodate retaining the Caretaker’s House at its present location or moving it to an adjacent vacant area.

There is no confirmation that a demolition permit has yet been issued by the City.