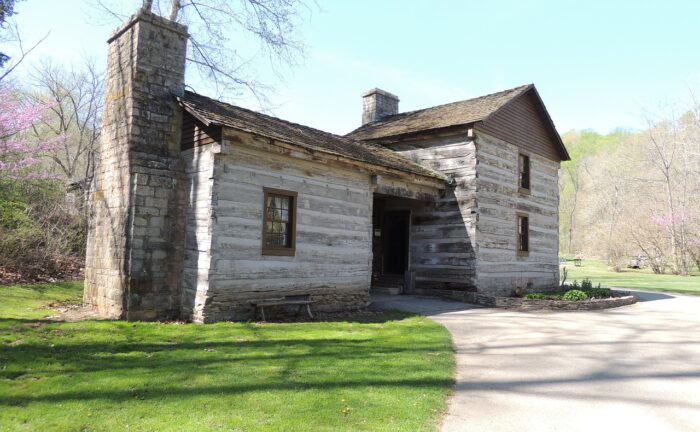 Delaware On The Map: The Beginning

We are re-launching our series, “Delaware On The Map,” which looks at how local history is revealed on maps — maps of the area, county, and nation.

Students of local lore will know that the city of Delaware had its origins in 1804 when Moses Byxbe came to central Ohio from Massachusetts. Four years later, he laid out a town on the east, then the west bank of the Olentangy River.

Some months before, the Ohio General Assembly had created Delaware County

It is during this period that the map we highlight today was created. Entitled “Map of the United States with the contiguous British & Spanish Possessions,” it was produced in 1816 by John Melish in Philadelphia, just 8 years after Delaware’s founding. It is accessible via the online collection of the David Rumsey Map Collection, and can be accessed at this link.

It is possible to zoom in and out on this map either by clicking the bar in the middle of the map, or by using the wheel on your mouse.

This map of Ohio has several interesting aspects. For one, the list of settlements in this area is quite limited; Worthington, Franklinton, and Columbus are the only ones named in today’s Franklin County. Some place names have changed. Lower Sandusky, which is above Upper Sandusky, is now known as Fremont, and of course “Bixbie,” north of Worthington, is likely the location of what is now the city of Delaware.

A quick glance to the north shows the pre-Toledo War boundary of Ohio and Michigan.

As the map legend states, this is the first edition of this map which included the location of Delaware. As such, it may be the first of its kind.

Delaware History, Delaware On The Map