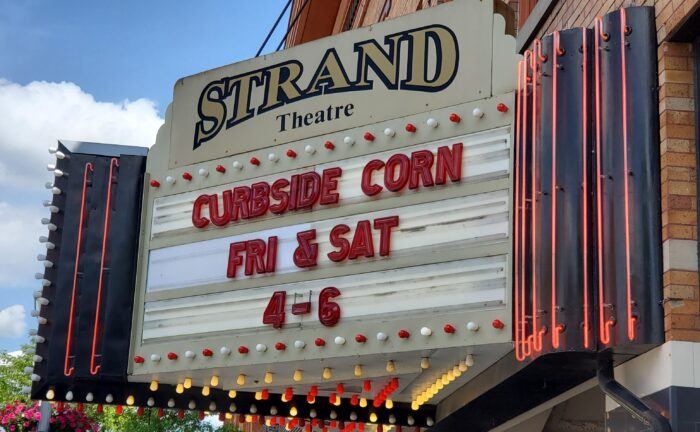 The paper’s April 8, 1916 edition heralded the arrival of the theatre with a full page ad featuring a letter from proprietor Henry Bieiberson, Jr..

Bieberson had recently arrived in Delaware from a few years living in Alliance. A native of Wheeling, West Virginia, he was living at the time at 12 East Central Avenue.

His rise to riches had been quick; in 1910, he was a brewmaster, and ten years before that, a clerk in a wholesale grocers. The Strand was his attempt to provide Delaware with an educational and clean entertainment venue.

The published Bieberson letter set out several highlights of the new theatre, which was located in the “New York Cash Store Building”:

In a review the next day, the Daily Journal-Herald described the theatre this way. “The new house affords a delightful atmosphere of quiet, comfort, and seclusion that is rarely found in a theatre of its kind.”

Over 1,600 were in attendance on opening night, Monday, May 10, which each lady receiving a “beautiful little favor” on arriving. Showing was “Pennington’s Choice” starring Francis X. Bushman. Prices on opening day were 10 cents for a balcony seat, and a whopping 15 cents for a seat on the lower floor. The next feature film was “The Foundling,” which featured the famous silent movie actress Mary Pickford.

The Strand was acquired in 2002 by Ohio Wesleyan University, which in turn created the Strand Theatre and Cultural Arts Association. The 501(c)(3) organizaiton currently owns the building.