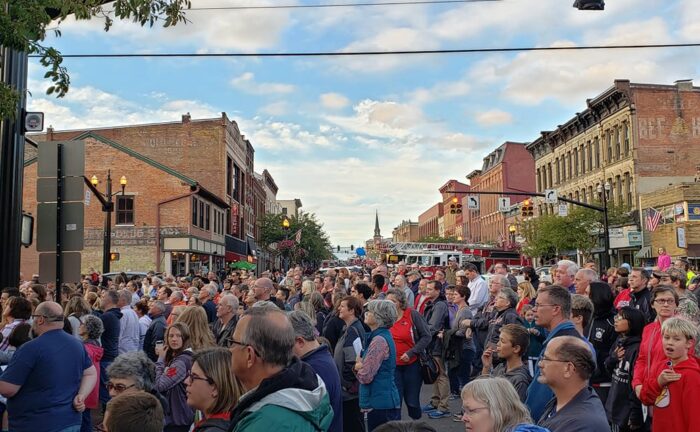 The Day That Main Street Came To Delaware: Part One

Fans of downtown Delaware are well aware of the organization known as Main Street Delaware.

That organization’s first baby step took place with a phone call. I know this, as I am the person who made that call over two decades ago.

Locally, Main Street Delaware spearheads the revitalization of Delaware’s central business district using a model which has been successfully used across the country for 40 years.

Founded as a part of the National Trust for Historic Preservation, the national organization is now called Main Street America. In those forty decades, the movement has generated some amazing investment statistics, according to its website, including $85.43 billion dollars of investment, 295,348 rehabilitated buildings, 672,333 net jobs created, and 150,079 net new businesses.

In Ohio, individual community Main Street programs are coordinated by Heritage Ohio, which until the early 2000s was known as Downtown Ohio, Inc..

It was in the summer of 1998 that things began to change.

Over the next several days, I will share some of the story about how that change took place, up to and including the day that the national Main Street program first arrived in Delaware.