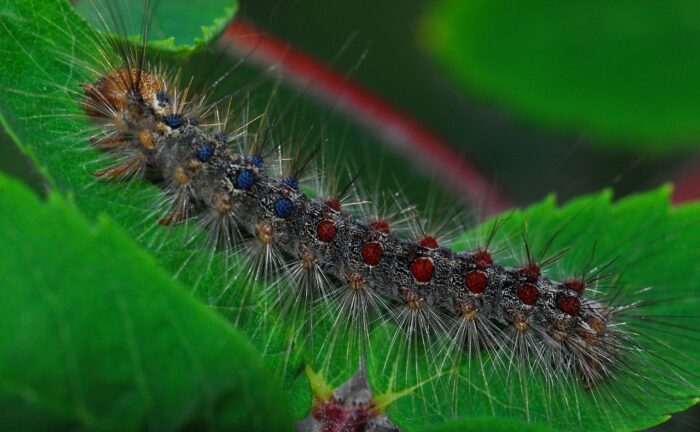 Learn About The Gypsy Moth Invasion

The European gypsy moth is a non-native, invasive species that has moved into Ohio from Pennsylvania and Michigan over the last several years. In its caterpillar stage, it feeds on the leaves of over 300 different tree and shrub species and is especially fond of oak. A healthy tree can usually withstand only two years of defoliation before it is permanently damaged or dies.

To date, 51 of Ohio’s 88 counties, including Delaware, have established gypsy moth populations.

To make this situation better known and to talk about upcoming gypsy moth management programs locally, the Ohio Department of Agriculture is holding open houses across Ohio. On Wednesday, one of these open houses will take place at Mingo Park in Delaware.

The Ohio Department of Agriculture operates three programs aimed at managing the gypsy moth in Ohio. These three programs mirror the three zones defined in a spreading infestation. In the infested zone, the moth population is well established and colonies overlap. The second zone is the transition zone, in which isolated populations have developed but are not generally overlapping. The third zone is the uninfested zone, in which no pest populations have developed.

The damage from gypsy moth comes during its larval form. One 2 inch larvae can consume up to 1 square foot of foliage every 24 hours; each egg mass can contain 500 – 1000 eggs. In heavily infested areas, where there is 250 or more egg masses per acre, larvae can defoliate the infested trees. Repeated annual defoliation can result in the death of the tree.

Learn more about this species and what is being done to protect Ohioans at the Open House, which will take place from 6 PM to 8 PM. Mingo Park is located at 500 East Lincoln Avenue in Delaware. Open houses are informal meetings where people can get information about the upcoming gypsy moth treatment project. There is no agenda or presentation, rather there will be exhibits and staff available to speak with and receive comments.