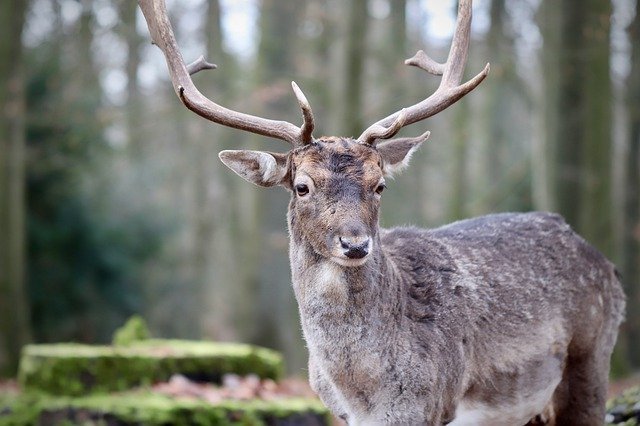 Ohio’s white-tailed deer hunters completed the 2021 muzzleloader season with 9,708 deer checked from Saturday, January 2 to Tuesday, January 5, according to the Ohio Department of Natural Resources (ODNR) Division of Wildlife. Over the last three years, an average of 12,695 deer were taken during the same four-day period.

The total number of deer taken in Ohio during all 2020-2021 hunting seasons is 187,883, with one month remaining to hunt with archery equipment. That number has already surpassed last season’s final tally of 184,468. Delaware County has seen 973  during this season.

“Deer hunters have taken advantage of Ohio’s abundant deer population and found success this year, and the muzzleloader season was no exception,” said Division of Wildlife Chief Kendra Wecker. “Hunting with a muzzleloader is rooted in history, while modern advances will satisfy even the most tech savvy hunters. We are pleased that so many Ohioans continue to enjoy this hunting season.”

Deer hunting occurs in all 88 counties and an estimated 310,000 hunters participated during Ohio’s deer-gun seasons. Ohio hunters have purchased 398,190 deer permits through Jan. 5. There is still time to pursue deer in Ohio, as archery season remains open through Sunday, Feb. 7. Hotspots for deer hunting are found mostly in the eastern regions, including Ashtabula, Coshocton, Tuscarawas, Muskingum, Guernsey, and Knox counties.

Each year, the number of deer taken with archery equipment continues to grow, while gun hunting also remains popular. Beginning in September, Ohio archery hunters have taken 85,211 deer, or 45% of the harvest. Muzzleloaders accounted for 9% of deer taken (15,973 deer for all gun seasons). Ohio’s youth hunters checked 5,795 whitetails during the two-day youth season, Nov. 21-22, 2020.

Find more information about deer hunting in the 2020-2021 Hunting and Trapping Regulations and at wildohio.gov. Past year’s harvest summaries and weekly updated harvest reports can be found on the Deer Harvest Summary page.

Deer hunters are reminded to download the HuntFish OH mobile app, which allows hunters to check in their deer while in the field, even without a Wi-Fi connection. When a hunter checks game without a clear signal, harvest information is recorded and stored until the hunter moves to a location with better reception. Users can also purchase licenses and permits and view wildlife area maps through the app. HuntFish OH is free and available for Android and iOS users through the app store.