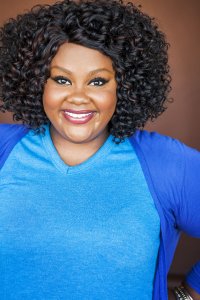 Byer will take the stage at 7 PM on April 3 in the Benes Rooms inside OWU’s Hamilton-Williams Campus Center, 40 Rowland Ave., Delaware. The show is intended for mature audiences.

Critics have described Byer as “mouthy, vulgar, a little bit goofy, relatable but ridiculously charming, and not afraid to infuse her broad comedy with a confident sexuality.”

In addition to hosting “Nailed It,” she also hosts the popular podcast “Why Won’t You Date Me?” and appears in the Netflix adult animated sitcom “Tuca & Bertie” alongside stars Tiffany Haddish and Ali Wong.

For her weekly podcast, Byer interviews other comedians, friends, or ex-flings about their dating lives as she tries to figure out her own. The podcast launched in 2017 and is available via Apple Podcasts, Spotify, and RSS feed.

Byer previously produced and starred in the scripted comedy series “Loosely Exactly Nicole,” which debuted on MTV and aired its second season on Facebook Watch.

She also was an early standout and fan favorite on MTV’s hit series “Girl Code,” which provided viewers with “a how-to manual full of over-the-top tips to push the envelope and open the dialogue about the wonders and woes of womanhood.” In addition, she received national attention for her web series “Pursuit of Sexiness,” created with and co-starring comedian Sasheer Zamata.

Her first book, “#VERYFAT #VERYBRAVE: The Fat Girl’s Guide to Being #Brave and Not a Dejected, Melancholy, Down-in-the-Dumps Weeping Fat Girl in a Bikini,” is set for release in May.

General admission tickets for Ohio Wesleyan’s 2020 Bishop Bash are $5 and are available through the Campus Programming Board webpage at www.owu.edu/cpb. Tickets are free for Ohio Wesleyan students and employees with a valid university ID.