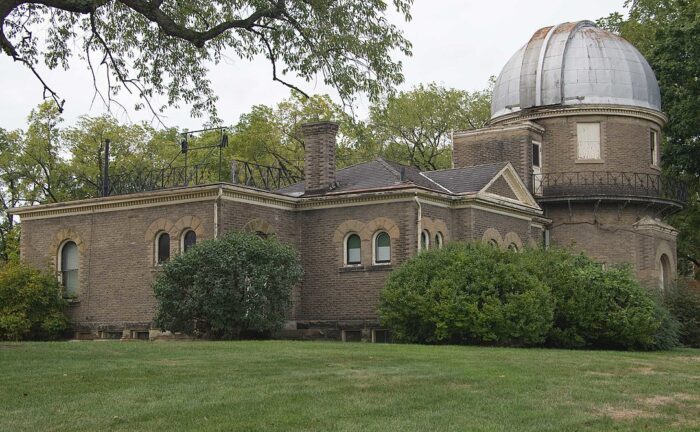 The building at 231 West William Street in Delaware was designed by Canadian-born architect Sidney Rose Badgley, whose substantial body of work includes Slocum Hall, the then-OWU library and still a campus landmark. Funding also included a $200,000 donation, and it was built next to Perkins’ own house.

The telescope boasted a 9 ½ inch refracting lens, and was built by a leading manufacturer of such instruments, Warner & Swasey in Cleveland.

The building was rescued when a group of students in the 1980s organized to give it new life and purpose, also creating a student astronomical society.

The OWU Student Observatory is built of local brick with wide cut stone framing around the semicircular topped windows. It was listed on the National Register of Historic Places on March 18, 1985.