American Civil War and military history expert Joseph T. Glatthaar, Ph.D., will discuss “Generalship and Army Culture: A Study of the Confederate Army of Northern Virginia and the Union Army of the Potomac” at 7:30 PM October 24 at Ohio Wesleyan University.

A 1978 Ohio Wesleyan graduate, Glatthaar will speak in Benes Room B of OWU’s Hamilton-Williams Campus Center, 40 Rowland Ave., Delaware. His free presentation is the 2019 Richard W. Smith Lecture in Civil War History and part of this year’s Sagan National Colloquium, “OWU: Our World Needs You.” 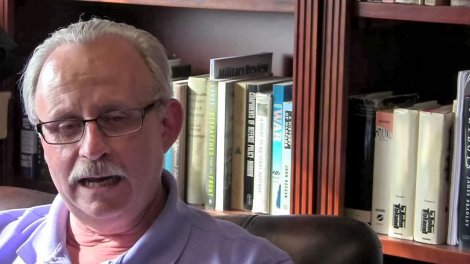 Glatthaar is the Stephenson Distinguished Professor of History at University of North Carolina-Chapel Hill and a past president of the Society for Military History. His most recent book is “The American Military: A Concise History,” an exploration of the relationship between the military and the nation “from its origins in the thirteen colonies to today’s ongoing conflicts in the Middle East.”

Glatthaar’s other books include “The March to the Sea and Beyond: Sherman’s Troops in the Savannah and Carolinas Campaigns”; “Forged in Battle: The Civil War Alliance of Black Soldiers and Their White Officers”; “Partners in Command: Relationships Between Leaders in the Civil War”; “Forgotten Allies: The Oneida Indians in the American Revolution,” co-written with James Kirby Martin; “General Lee’s Army: From Victory To Collapse”; and “Soldiering in the Army of Northern Virginia: A Statistical Portrait of the Troops Who Served under Robert E. Lee.”

In addition to earning his bachelor’s degree in history at Ohio Wesleyan, Glatthaar also holds a master’s degree from Rice University and doctorate from the University of Wisconsin-Madison.
Ohio Wesleyan’s annual Richard W. Smith Lecture is named in honor of Smith, Ph.D., a retired history professor who taught at the university between 1950 and 1986. Past speakers in the series, which began in 2002, have included Pulitzer Prize-winners James M. McPherson, author of “Battle Cry Freedom: The Civil War Era,” and Eric Foner, author of “The Fiery Trial: Abraham Lincoln and American Slavery.” Learn more about the OWU Department of History and the annual Smith Lecture at www.owu.edu/history.