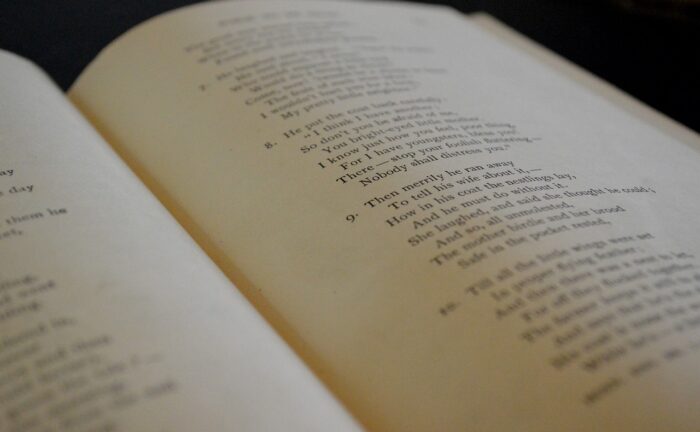 All four are being recognized this summer as having one of the “10 of the Best Poems about Architecture and Buildings” by InterestingLiterature.com.

Created in 2012 by writer and educator Oliver Tearle, the website serves as “an online library of all that is most interesting and captivating about literature.” Also honored on its “10 of the Best” list are such literary notables as George Herbert, Felicia Dorothea Hemans, Christina Rossetti, William Empson, Philip Larkin, and Derek Walcott.

Caplan, a member of Ohio Wesleyan’s Department of English since 2000, is recognized for his poem, “In a Hotel.”

“We’ve had poems about houses, churches, and hospitals, but what about hotels?”, the editors say of selecting the OWU professor’s work as one of the best. “In this poem, the contemporary American poet David Caplan captures the experience of staying in hotels, from the lady of dubious virtue in the lobby to those who simply ‘have the custom of forgetting.’”

Caplan’s poem is included in his sixth and most recent book, “Into My Garden.” In addition to being recognized by InterestingLiterature.com, the book’s poems have been described by critics as “profound, thoughtful, rigorous, tender.”

Caplan, Ph.D., currently is working on several new projects, including writing “American Poetry: A Very Short Introduction for Oxford University Press”; a third poetry collection, “North Shore,” a collection of elegies honoring his father; and a monograph of American poetry, tentatively titled, ‘The Art of Exclusion.”

At Ohio Wesleyan, he is the Charles M. Weis Professor of English and the associate director of creative writing. Read more about Caplan and Ohio Wesleyan’s Department of English at owu.edu/english.