US Legal History Expert To Speak On Fourteenth Amendment

Michael Les Benedict, Ph.D., an expert on U.S. Legal and Constitutional History and the Civil War and Reconstruction, will present “The Transformative 14th Amendment: The Constitutional Amendment that Reshaped America” at 7:30 PM on September 20 at Ohio Wesleyan University.

A retired professor from The Ohio State University, Benedict will speak in Benes Rooms A and B of Hamilton-Williams Campus Center, 40 Rowland Ave., Delaware. His free presentation is the 2018 Richard W. Smith Lecture in Civil War History sponsored by the Ohio Wesleyan Department of History. 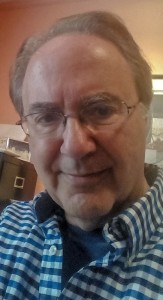 Of the 14th Amendment’s ratification in 1868, Benedict has written: “It was a momentous event, a change to our constitutional system so fundamental that historians have put it on a par with the ratification of the original Constitution itself. In many ways, it gave Americans a new constitution. On the most basic level, the Fourteenth Amendment set the terms for the restoration of the Union of the states after the Civil War.”

Ohio Wesleyan’s annual Richard W. Smith Lecture is named in honor of Smith, Ph.D., a retired history professor who taught at the university between 1950 and 1986. Past speakers in the series, which began in 2002, have included Pulitzer Prize-winners James M. McPherson, author of “Battle Cry Freedom: The Civil War Era,” and Eric Foner, author of “The Fiery Trial: Abraham Lincoln and American Slavery.” Learn more about the OWU Department of History and the annual Smith Lecture at www.owu.edu/history.