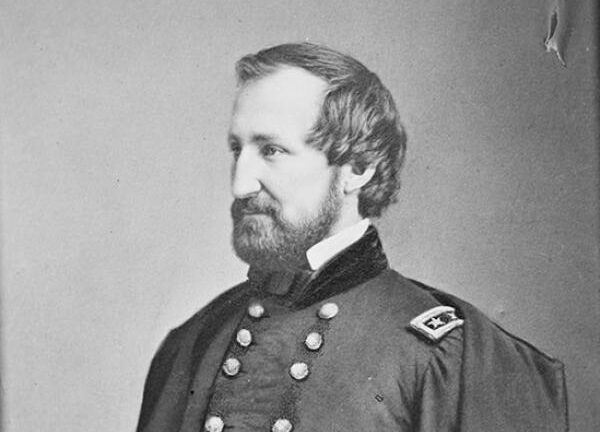 In Sunbury stands an equestrian statue of William Starke Rosecrans, a native of Delaware County who vaulted to success as a businessman, soldier, and very nearly one of the Civil War’s finest army commanders.

Arguably a single mistake in a single moment destroyed a great reputation, said Mark Grimsley, Ph.D., an associate professor of history at The Ohio State University.

“This destruction was made more complete, according to some, by a ruthless effort at character assassination by another native Ohioan, Gen. Ulysses S. Grant, who minimized Rosecrans’ successes and let no one forget his failures,” said Grimsley, who will discuss Rosecrans’ legacy when he presents Ohio Wesleyan University’s 2021 Richard W. Smith Lecture in Civil War History. 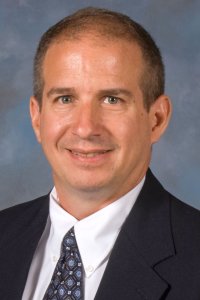 Grimsley will discuss “General William S. Rosecrans and the Pitfalls of Command” at 7 p.m. Nov. 4 via Zoom. The link to access the free event will be made available that day at owu.edu/SmithLecture.

At Ohio State, Grimsley teaches military history and 19th-century American history with an emphasis on the American Civil War. From 2008 to 2010 he held the Harold Keith Johnson Chair of Military History at the U.S. Army War College. At the conclusion of his service, he was awarded the U.S. Army Outstanding Civilian Service Medal.

He also is the author, co-author, or co-editor of several other works including “And Keep Moving On: The Virginia Campaign, May-June 1864,” “The Collapse of the Confederacy,” “Gettysburg: A Battlefield Guide,” “Shiloh: A Battlefield Guide,” and “Civilians in the Path of War,” as well as numerous articles and essays.

Grimsley earned his Master of Arts in War Studies from Kings College London and his doctorate in History from The Ohio State University in 1992. Diagnosed with bipolar disorder in 1986, he frequently speaks and writes on behalf of mental health issues.

Ohio Wesleyan’s Smith Lecture is named in honor of Richard W. Smith, Ph.D., a retired history professor who taught at the university between 1950 and 1986. Past speakers in the series, which began in 2002, have included Pulitzer Prize-winner James M. McPherson, author of “Battle Cry Freedom: The Civil War Era.”

Learn more about the OWU Department of History and the annual Smith Lecture at owu.edu/history.