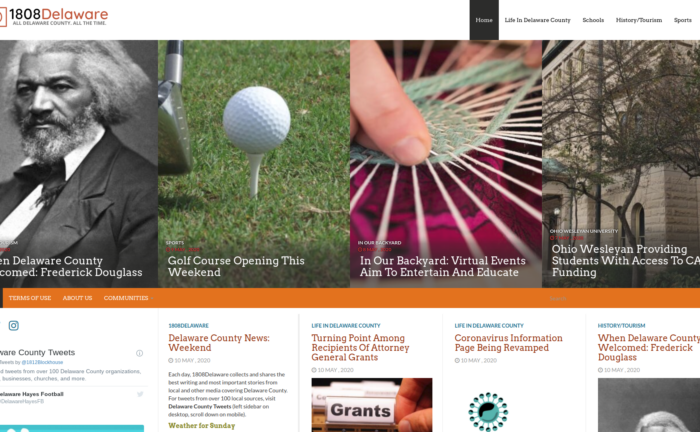 It can be great stuff, being part of a team.

Joining others with similar interests can provide opportunities to share enthusiasm, best practices, and advice.

Here at 1808Delaware, we have now been given that opportunity. This past week, I received notice that our application for membership in LION Publishers has been approved by that body’s governing board.

It was natural for us to want to join with the country’s only association of publishers of local, independent, online news sites (hence the name). From the outset, we have been fiercely local, and like other LION members we work to find new and better ways to connect our readers with information they need. We also know of the strong reputations and success of many LION members and know that there are things we can learn from the best.

LION Publishers (website here) is successfully creating the future of local news through locally owned and operated news organizations that directly serve their communities. Other Ohio member outlets are located in Marietta, Akron, Columbus, and Mansfield.

I have been involved in the field of local media since 2009, when I started one of the first independent news sites in Ohio (the phrase we used back then was “hyperlocal”). In 2011, I joined a great team in launching north central Ohio’s first independent, online news effort.

1808Delaware was launched in 2018 as a place where Delaware Countians could access as much local news as possible that they would find informative and enjoyable. We have added numerous series over the last three and a half years focusing on the county’s history, the arts, and other areas. We have also broken important “hard news” stories that we felt our readers would find interesting.

The world of journalism is undergoing dramatic change. While I was involved with precursor groups to LION Publishers back in the early 2010s, coming back into the fold at this time is every bit as exciting. I look forward to learning from the many successful local entrepreneurs and experts in LION, and I plan on bringing those lessons home so that 1808Delaware can do its job more effectively and benefit the Delaware County community.