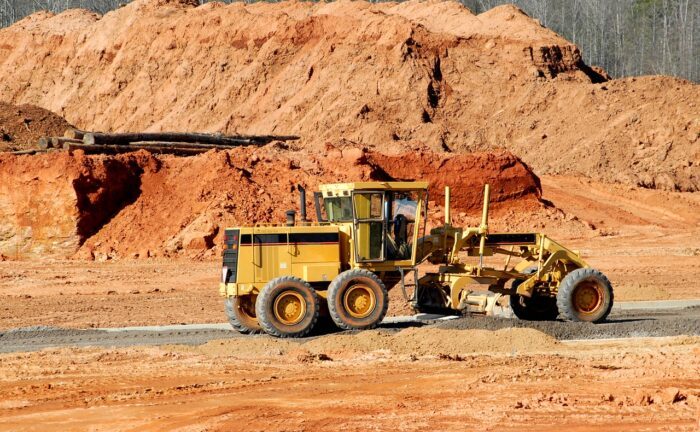 The City of Delaware and EXXCEL Project Management, in partnership with Bridge Investment Group, have broken ground on an economic development project that is expected to result in the creation of almost 2,500 jobs.

Work is beginning on both the Sawmill Parkway extension and Sawmill Pointe Business Park.

Sawmill Parkway is being extended west 1,400-foot and should be completed by December 2022. Eventually, Sawmill will extend all the way to Section Line Road at a roundabout intersection. Water and sewer lines, stormwater, streetlights, fiber optics and bike paths are all part of the project.

The Business Park already has its first tenant after Delaware City Council in May approved a development plan for EXXCEL to construct a new building for Delaware-based packaging company Inno-Pak. 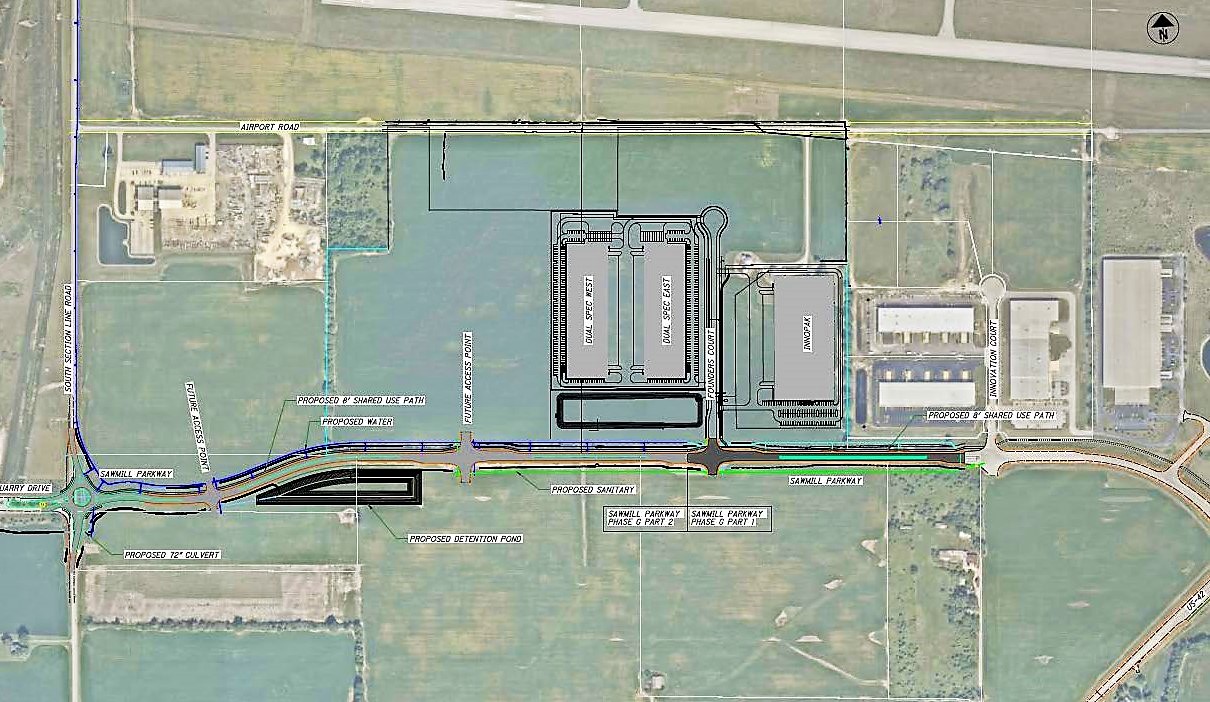 With the approved plan, a 202,165-square-foot building will be constructed on approximately 13.95 acres of land located north of the future Sawmill Parkway extension and east of the proposed Founders Court. Headquartered at 1932 Pittsburgh Drive, Inno-Pak will use the new building as a continuation of its production facility while also relocating some of its logistics.

“This project is an economic development driver for the City, the County, the region and the State of Ohio,” Delaware Economic Development Director Sean Hughes said. “This will provide new pad ready business park land available in Ohio.”

EXXCEL will subdivide the property for the creation of the industrial subdivision while also constructing Founders Court to access the Inno-Pak building.

Plans for the Sawmill Pointe Business Park began nearly four years ago with the annexation and rezoning of the site in 2018. In February, council approved a development agreement and school compensation agreement between EXXCEL, the City of Delaware, Delaware City Schools, and the Delaware Area Career Center to fund the needed infrastructure associated with the site, including the Sawmill Parkway extension.

Inno-Pak is expected to create 34 new full-time jobs, with a payroll of $2 million by the end of 2027 as part of Community Reinvestment Act agreement.