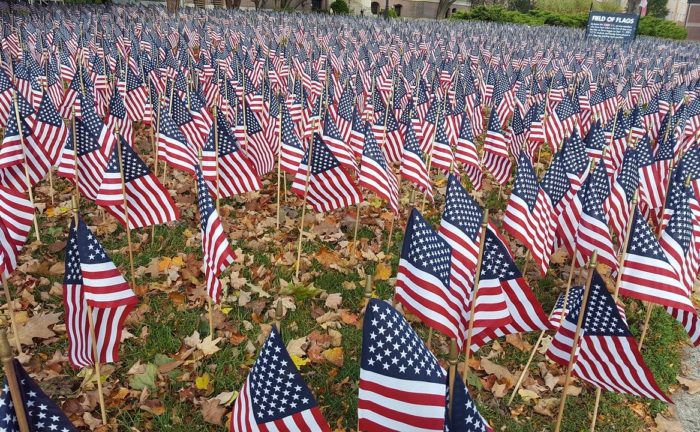 A Look Back: Delaware Celebrates The Original Veterans Day

Before the name was changed to “Veterans Day,” it was known as “Armistice Day” in recognition of the armistice agreement that ended World War I. Major hostilities in that conflict ended at the eleventh hour of the eleventh day of the eleventh month of 1918.

It was a day that was celebrated up and down the streets of Delaware.

One year later, on November 11, 1919, one hundred years ago, President Woodrow Wilson shared his thoughts with the country about the conflict, sharing in part:

“…To us in America the reflections of Armistice Day will be filled with solemn pride in the heroism of those who died in the country’s service, and with gratitude for the victory, both because of the thing from which it has freed us and because of the opportunity it has given America to show her sympathy with peace and justice in the councils of nations.”

Locally, the Delaware Daily Journal Herald took the day to look back at local celebrations the year earlier:

“One year ago, Armistice Day. That was the day of all days for Delaware, for the country and all the world except Germany.

Everyone was up with the chickens on that never to be forgotten day. As early as 5:30 scores of vehicles formed impromptu parades and by eight o’clock thousands of citizens were marching up and down the streets filling the air with deafening sounds from every kind of noise makers ever heard of. The bands were playing, people were shouting, singing, laughing, praying.

Thousands of flags were carried about the streets. Every store and building was draped with Old Glory. Not a wheel turned that day, stores without exception were closed. Where all the flags and noise makers came from will always remain a mystery.

The year intervening has been one of reconstruction. Prosperity and plenty, and indications are that there will be no serious set backs or panics in this country, following the greatest in history.”

The holiday became known as “Veterans Day” in 1954, at which time it was changed to commemorate all fallen soldiers, not just those who died in World War I.