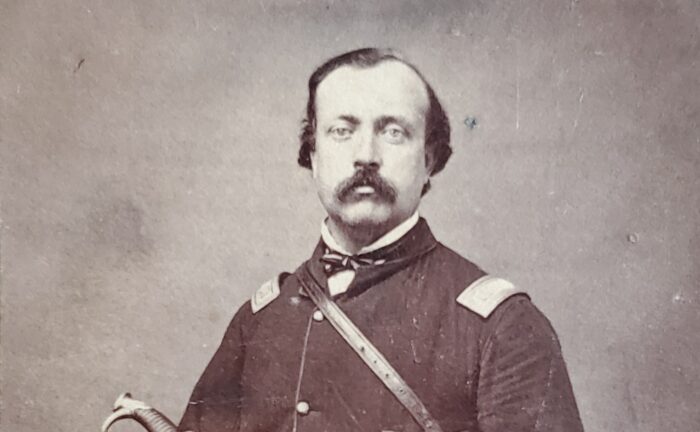 Who Was This Delaware Man? Solving A 160 Year Old Mystery

Today we begin a two part series here on 1808Delaware, one which will set out to solve a question that arose recently but which involves a question over a century and a half old – who was this man?

The figure of a soldier peers out of a photograph which recently came into our possession. As with many portraits of that era, there is no writing on the photo’s front or reverse that reveals the identity of the sitter. There are clues, however — clues that, as we did research for this story, brought us face-to-face with two intriguing figures in Delaware County history whose very interesting stories you likely do not know. 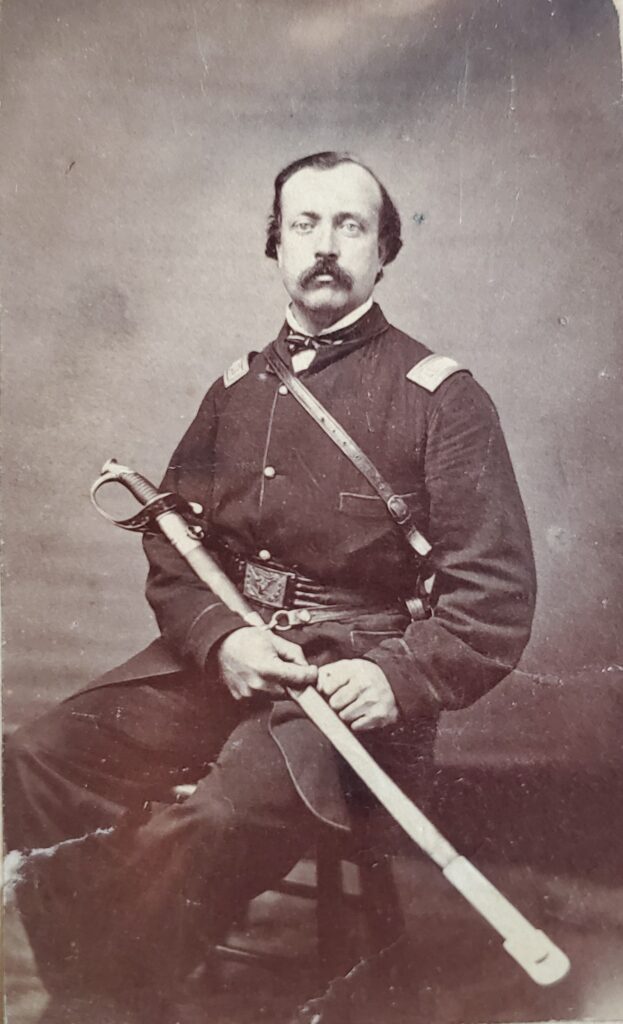 The photograph was discovered in a collection of mid and late 19th century images passed down through one family. The view is on affixed to a study piece of paper, something which was known as a “carte de visite.” The front shows a man that appears to be dressed in the uniform of a Union soldier during the Civil War, with a large ornamental sword across his lap.

We set out to discover his identity. That is where the adventure began.

We looked initially for clues in the image itself. A uniform, for one, may reveal rank. The crispness of the clothing of this man might suggest that it was new and had not yet been in battle.

It was the reverse of the card, however, which gave us pause and immediately suggested a story here on 1808Delaware. The back has printing which reads as follows:

It was this information which, in turn, introduced us to two figures from Delaware history. On Sunday we will introduce you to their stories.

As to the man in the photograph? There is a good chance that he was a Delaware or nearby resident who had his image taken before leaving for service in the Union Army. He does not appear to be in his twenties, suggesting that he might be a lower level officer who was leaving civilian life in response to a call for volunteers.

We still do not know who he is, but we will continue our research until we can introduce you to him as well.