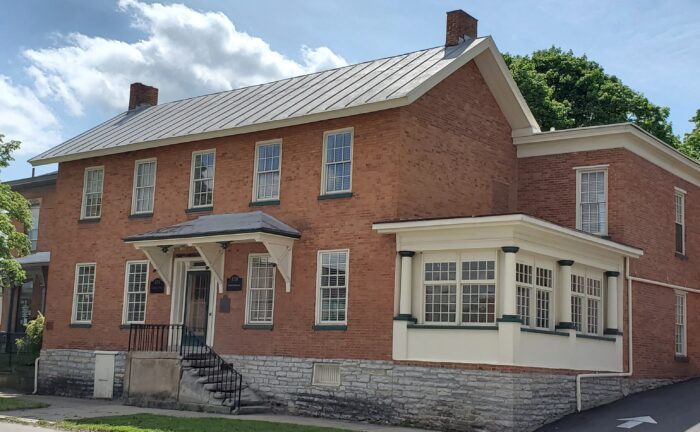 The number of buildings in Delaware which still stand and which have a direct connection to favorite son President Rutherford B. Hayes are few in number.

President Hayes’ family lived in two separate houses along William Street during his childhood. Both have been demolished. That fact makes surviving tangible built reminders of his past worth remembering.

The Mrs. Murray’s School and Orphanage along East Franklin Street is one such building. Built in 1821 as a private institution by Sophia Moore, one of its front rooms was a school where young Rutherford Hayes was educated as was his sister Fanny. It is also the oldest residence inside the current Delaware corporation limits standing on its original site.

The name “Mrs. Murray’s school” came after teacher Joan Hills Murray began teaching in 1826. From the 1850s through the 1980s, it served as a multi-family residence. In 2007, it was purchased by St. Peters Episcopal Church.

The building is of typical construction for its time period with its simple, straight forward ornamentation; plain stone lintels, and six-over-six windows.