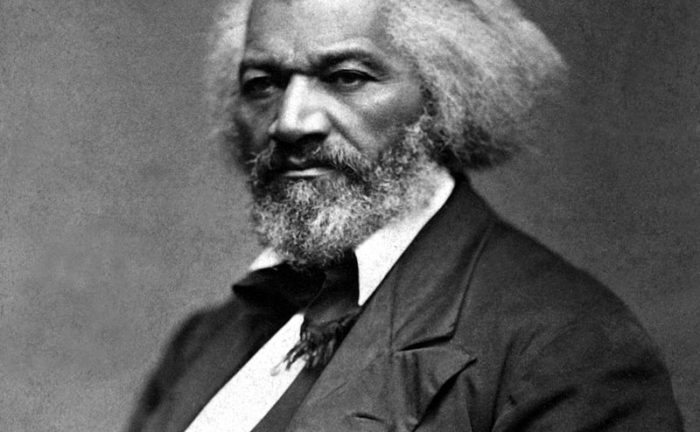 Originally shared in 2018, this article has been updated with additional information.

Throughout its 210 year history, this part of Ohio has been visited by several individuals with significant places in history. Today, we look at one man who visited Delaware County no fewer than three times over a 27 year period.Frederick Douglass was a towering figure of American history. After escaping from slavery in Maryland, Douglass became a national leader of the abolitionist movement gaining note for his oratory and incisive antislavery writings.

By the time of the Civil War, Douglass was one of the most famous black men in the country, known for his orations on the condition of the black race and on other issues such as women’s rights. His eloquence gathered crowds at every location, and his reception by leaders in England and Ireland added to his stature.

On June 6, 1856, Frederick Douglass spoke at Templar Hall in downtown Delaware. Templar Hall was the name given to the third floor of a building which still stands at 17-19 North Sandusky Street. It had been constructed in 1853 by the Sons of Tempoerance, and was a popular meeting space for large assemblies. After the Civil War, it was used for many purposes including for a Delaware County court facility.

The subject of the speech that day was about slavery, and attendees were charged 25 cents with proceeds going to support the Underground Railroad.

The second time Douglass spoke in Delaware was on November 20, 1867 at the William Street Methodist Church. Speaking as the first in a series of lectures by the University Lecture Association, he spoke on “self-made men.”

A full crowd was on hand to hear the orator, and local press could not have been more effsuvive with its praise. “From the position of a slave,” the Delaware Gazette said, “Mr. Douglass has reisen to one of prominence as an accomplished public speaker and writer, and a cultivated gentleman” and called his speech “…a rare intellectural treat.”

Douglass’ last visit to the area was for a speech in 1883, again at the William Street Methodist Church. The topic was women’s suffrage, a cause in which Douglass believed. In 1848, he had been the only African-American and one of few men to attend the Seneca Falls Convention in New York, the first women’s rights convention.